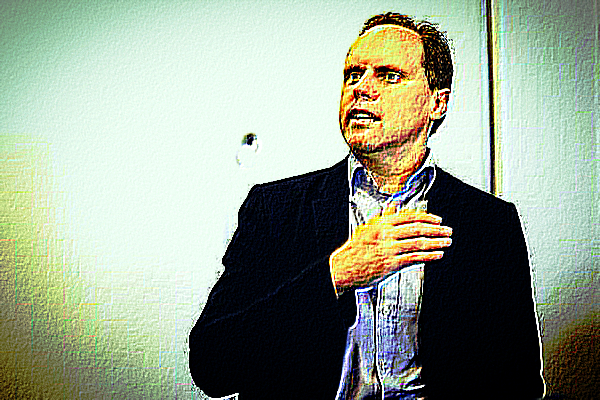 The Federal Reserve has injected $278 billion into the securities repurchase market for the first time. Numerous justifications have been provided to explain why this has happened and, more importantly, why it lasted for various days. The first explanation was quite simplistic: an unexpected tax payment. This made no sense. If there is ample liquidity and investors are happy to take financing positions at negative rates all over the world, the abrupt rise in repo rates would simply vanish in a few hours.

Let us start with definitions. The repo market is where borrowers seeking cash offer lenders collateral in the form of safe securities.  Repo rates are the interest rate paid to borrow cash in exchange for Treasuries for 24 hours.

Sudden bursts in the repo lending market are not unusual. What is unusual is that it takes days to normalize and even more unusual to see that the Federal Reserve needs to inject hundreds of billions in a few days to offset the unstoppable rise in short-term rates.

Because liquidity is ample, thirst for yield is enormous and financial players are financially more solvent than years ago, right? Wrong.

What the Repo Market Crisis shows us is that liquidity is substantially lower than what the Federal Reserve believes, that fear of contagion and rising risk are evident in the weakest link of the financial repression machine (the overnight market) and, more importantly, that liquidity providers probably have significantly more leverage than many expected.

In summary, the ongoing — and likely to return — burst in the repo market is telling us that risk and debt accumulation are much higher than estimated. Central banks believed they could create a Tsunami of liquidity and manage the waves. However, like those children’s toys where you press one block and another one rises, the repo market is showing us a symptom of debt saturation and massive risk accumulation.

When did hedge funds and other liquidity providers stop accepting Treasuries for short-term operations? It is easy money! You get a  safe asset, provide cash to borrowers, and take a few points above and beyond the market rate. Easy money.  Are we not living in a  world of thirst for yield and massive liquidity willing to lend at almost any rate?

Well, it would be easy money… Unless all the chain in the exchange process is manipulated and rates too low for those operators to accept even more risk.

In essence, what the repo issue is telling us is that the Fed cannot make magic. The central planners believed the Fed could create just the right inflation, manage the curve while remaining behind it, provide enough liquidity but not too much while nudging investors to longer-term securities. Basically,  the repo crisis — because it is a crisis — is telling us that liquidity providers are aware that the price of money, the assets used as collateral and the borrowers’ ability to repay are all artificially manipulated. That the safe asset is not as safe into a recession or global slowdown, that the price of money set by the Fed is incoherent with the reality of the risk and inflation in the economy, and that the liquidity providers cannot accept any more expensive “safe” assets even at higher rates because the rates are not close to enough, the asset is not even close to being safe, and the debt and risk accumulated in other positions in their portfolio is too high and rising.

The repo market turmoil could have been justified if it had lasted one day.  However, it has taken a disguised quantitative easing purchase program to mildly contain it.

This is a symptom of a larger problem that is starting to manifest in apparently unconnected events, like the failed auctions of negative-yielding eurozone bonds or the bankruptcy of companies that barely needed the equivalent of one day of repo market injection to finance the working capital of another year.

This is a symptom of debt saturation and massive risk accumulation.  The evidence of the possibility of a major global slowdown, even a synchronized recession,  is showing that what financial institutions and investors have hoarded in recent years,  high-risk, low-return assets, is more dangerous than many of us believed.

It is very likely that the Fed injections become a norm, not an anomaly, and the Fed’s balance sheet is already rising. Like we have mentioned in China so many times, these injections are a symptom of a much more dangerous problem in the economy. The destruction of the credit mechanism through constant manipulation of rates and liquidity has created a much larger bubble than any of us can imagine. Like we have seen in China, it is part of the zombification of the economy and the proof that unconventional monetary measures have created much larger imbalances than the central planners expected.

The repo crisis tells us one thing. The collateral damages of excess liquidity include the destruction of the credit transmission mechanism, disguising the real assessment of risk and, more importantly, leads to a synchronized excess in debt that will not be solved by lower rates and more liquidity injections.

Many want to tell us that this episode is temporary. It has happened in the most advanced, diversified and competitive financial market. Now imagine if it happens in the Eurozone, for example.  This is, like the inverted yield curve and the massive rise in negative-yielding bonds, the tip of a truly scary iceberg.