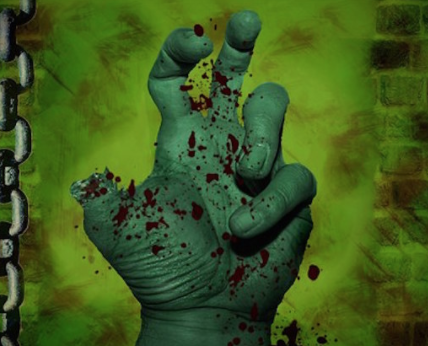 There is, at least, one highly recognized economist who agrees with me that a recession started forming in the summer of 2019 and is still emerging, in spite of the Fed’s strongest efforts to stop it

We recall all too well the euphoria that followed the early 2001 and late 2007 Fed rate cuts and curve-steepening shifts, that then switched to malaise as the recession nobody saw coming took hold in the next few months. The lags between monetary policy and the real economy are both long and variable….

Remember, it cannot be denied that during the [2019] summer months the ‘normalized’ New York Fed recession probability model did breach the 80 per cent threshold, and it cannot be taken back, even if it has receded in response to the Fed’s recent liquidity infusions. The Fed has employed both actual rate cuts, and an aggressive QE4 … fully funded [by] the U.S. fiscal deficit. But, with a typical year-long lag, a recession has ensued after the 80 per cent mark has been crossed in the ‘normalized’ New York Fed model every single time in the past five decades....

While the GDP recession never did materialize [in 2019], the median economic sector stopped expanding mid-year and the portion of the economy that is not the consumer has posted no growth at all in the past three quarters…. Not just that, but corporate profits are set to be in a four-quarter recession…. At the start of 2019, the consensus was for a V-shaped earnings recovery to take hold by year-end, but instead of double-digit growth that the consensus had once penned in, Q4 2019 is now seen as coming in at -0.3 per cent on a YoY basis….

We are also of the same mind in terms of where this is likely going in 2020: (So, I’m not completely without good company with a pedigree far better than my own.)

In classic mature-cycle fashion, we are seeing some cracks emerge in the junkiest parts of the U.S. credit market. This is an area to be focused on as leveraged credits are in an eerily similar situation to what was surfacing out of the subprime mortgage market back in 2007.…

In any event, we are light years away from a stable equilibrium. Leverage, financial engineering and the restructuring of the capital structure that followed the recent M&A wave, have become the defining features of this bull market in risk assets — namely equities and corporate credit. The proverbial canary in the coal mine usually resides somewhere in the credit market (think of LBOs in 1989 and subprime mortgages in 2007).…

It is doubtful that we will have another year where central banks can transform the weakest period for global economic growth in a decade and pull another rabbit out of the hat in terms of massive excess returns for equity and corporate bond investors.

Rosenberg believes, just as I’ve long said will prove to be the case with any QE after QE3, that the Federal Reserve, is now sliding down the back end of the diminishing-returns curve. He also believes the next recession will most likely emerge as many past ones have from the credit market.

What is repo, but the credit market right at its core? It is not the slimiest region of the credit market that one might expect to break first (like leveraged loans) but the most typically boring and stable. I think a breakdown is all the more noteworthy when problems break out on the credit market’s spine in the fundamental area that is usually least prone to troubles. So, let’s keep our eyes on that, as well as the slimy junk sector that Rosenberg calls out.

by David Haggith for The Great Recession