The Precious Metals Shorts Are Up Against The Trade! 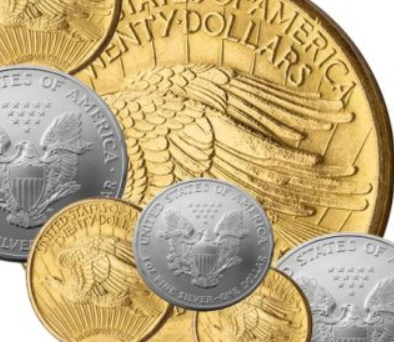 Gold is starting the week off in the red.

Even our Dollar is in holiday trade mode with the trade held at 99.035, up 3.2 points and close to the high at 99.045 with the low at 98.935. Of course all of this happened already, before 5 am pst, the Comex open, the London close, and after Bloomberg suggested Hillary as a VP runner on the Democratic ticket, which was immediately met with State Farm Cancels Bloomberg’s Life Insurance After Hillary’s VP Announcement. PS, before you send in your rhetorical emails, read the whole thing.

Even the Emerging Market Currencies are showing the trouble the shorts are in. In Venezuela, their currency now has Gold price at 15,822.20 Bolivar, giving those that bought already a 46.94 gain with Silver at 177.478, showing a gain of 0.899 Bolivar.

February Silver’s Delivery Demands have not budged since last Thursday with the Open Interest still stuck at 1 and with zero Volume once again up on the board. The Overall Open Interest, however, jumped by 5,406 controlling contracts, proving the shorts are up against the trade bringing the total to 231,131 Overnighters during Friday’s 11+ cent rally.

This proves to us the idea of how stuck the shorts are with the count only 13,065 contracts away from making a new all-time paper high. As long as the price is used as a measure and not the papers behind it, people who watch the financial news services will believe things are static, while we (and the DOJ?) watch the movements behind the price.

February Gold’s Delivery Demands is doing just the opposite of Silver’s with the Demand Count now at 699 fully paid for contracts, proving a reduction of 27 receipts from Friday’s quote and with a Volume of 10 posted up on the board with a trading range between $1,580.00 and $1,579.80, with the last trade at the high.

As a side note here, February Deliveries for Gold is a primary delivery month, unlike Silver (March is Ag’s pdm). Gold’s Overall Open Interest gained 13,657 more short contracts on Friday’s gains proving the Overall Count to be at 687,921 Obligations, bringing the score closer to making another HSBC all time “paper contract” high once it passes 798,541 Overnighters.

by J. Johnson for JS Mineset