The Pope And The Global Elite Unite To Further Oppress Humanity 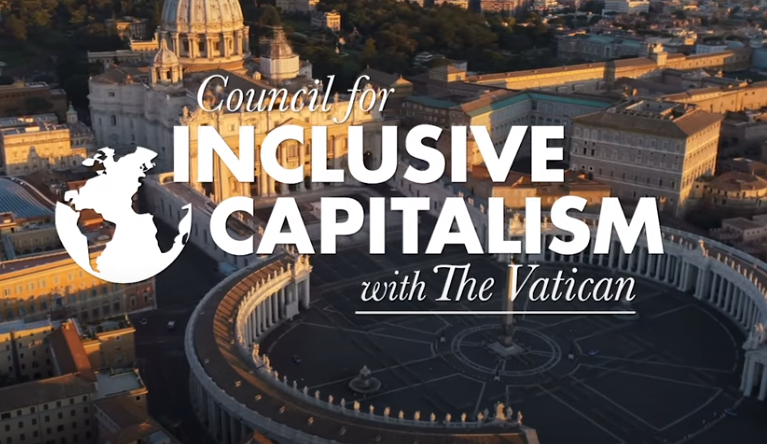 The Council for Inclusive Capitalism with the Vatican (“the Council”), a historic new partnership between some of the world’s largest investment and business leaders and the Vatican, launched today.

It signifies the urgency of joining moral and market imperatives to reform capitalism into a powerful force for the good of humanity. Under the moral guidance of His Holiness Pope Francis and His Eminence Cardinal Peter Turkson, who leads the Dicastery for Promoting Integral Human Development at the Vatican, and inspired by the moral imperative of all faiths, the Council invites companies of all sizes to harness the potential of the private sector to build a fairer, more inclusive, and sustainable economic foundation for the world.

The Council is led by a core group of global leaders, known as Guardians for Inclusive Capitalism, who meet annually with Pope Francis and Cardinal Turkson.

These leaders represent more than $10.5 trillion in assets under management, companies with over $2.1 trillion of market capitalization, and 200 million workers in over 163 countries. The organization challenges business and investment leaders of all sizes to embrace the Council’

s guiding principles and make public commitments to act on them. These collective actions are intended to lead to systemic change by making capitalism a greater force for inclusivity and sustainability. Watch a video of the Guardians discussing the Council’s mission here.

Capitalism lifts people out of poverty and powers global innovation and growth. But to address the challenges of the 21st century, capitalism needs to adapt.

Through our commitments, actions and solutions, the Council for Inclusive Capitalism with the Vatican will create stronger, fairer, more collaborative economies and societies, ultimately improving the lives of countless millions of people across the globe. 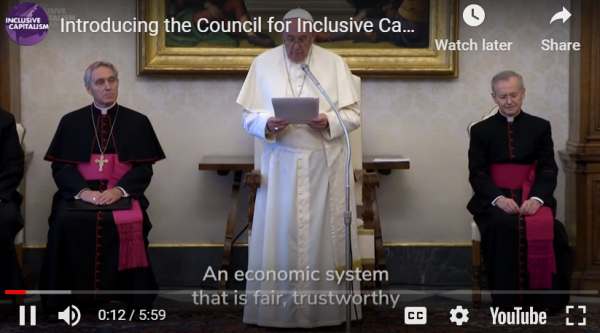