The ownership of central banks 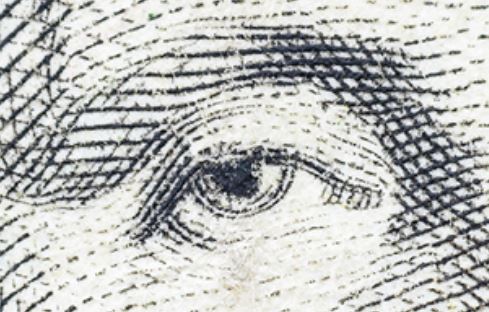 In this blog post, we explore the variety of central bank ownership structures, both historically and globally.  We also suggest areas for future research on the topic.

The separation of central bank ownership and control

Ownership is a complex concept, a bundle of rights and responsibilities. In ordinary language, if I say I own a bike, then this implies I possess the bike and can use it as I please. Ownership implies control.

However, as Thorstein Veblen, Adolf Berle and Gardiner Means first observed, control is sometimes unbundled from ownership in modern corporations. The owners of corporations (shareholders) are usually abstracted from their day-to-day operations. Instead, control of corporate resources is ordinarily exercised by its management. Therefore, to say that I own shares in a corporation has a much narrower meaning than when I say I own a bike.  In the case of a corporation, I am mainly saying that I have a financial interest in the business, specifically, that I am a residual claimant on the corporation’s profits after all other claimants such as employees, creditors and the government (taxes) have been paid.

Veblen, Berle, and Means developed their ideas with for-profit private sector corporations in mind. Yet, the distinction they drew between ownership and control is surprisingly applicable to most modern central banks. The owners of central banks, mostly governments, are ordinarily responsible for making executive appointments, and receive a share of central banks’ profits. Day-to-day control of the central bank is delegated to the central bank’s senior management and policy committees.

While both modern central banks and modern corporations are often characterised by a separation between ownership and control, there are key differences in their organisational objectives. The purpose of most private sector corporations is the pursuit of profits for shareholders. By contrast, central banks typically have statutory mandates based on economy-wide goals – e.g.  price stability, financial stability and market functioning. This is irrespective of whether central banks are wholly owned by government, or, as in a handful of cases detailed below, their residual claimants are private sector entities.

The nationalisation of central banking

Figure 1: Ownership model of central banks globally over time, 1900 to the present

Figure 4 provides more detailed information on central banks not fully owned by governments. Ownership models vary considerably among these nine central banks. Although the central banks of Japan, San Marino, and Turkey have some private sector shareholders, the majority shareholder is still the state. In Belgium and Switzerland, around half of the shares are held by the government. By contrast, the American, Italian, and South African governments have no formal ownership stake in their central banks. The Bank of Greece presents a more mixed model, although it is worth bearing in mind that it, along with the Belgian and Italian central banks, are members of the Eurosystem.

This blog has provided a primer on central bank ownership. Occasionally, some people argue central banks should be fully privatised, with the largest private sector banks playing the role of lenders of last resort. Conversely, some argue central banks should be fully nationalised. However, central bank ownership on its own may not matter. Instead, the crucial factors may be other aspects of their governance, especially their mission statements. Today, all central banks, whether wholly owned by government or with shares held by private sector entities, have mandates based on economy-wide outcomes.A truly private sector central bank without implicit or explicit government guarantees, and which singularly pursued profits for its shareholders, would likely behave differently from current central banks, which take their objective to be the promotion of the public good.

Even so, we think the issue of central bank ownership is worth greater scholarly inquiry than has been the case to date. We conclude by suggesting two areas for future research. 1. The shares of central banks in Belgium, Greece, Japan, and Switzerland are publicly traded on stock exchanges. It would be interesting to understand the informational content conveyed by these share prices, in particular, the extent to which these central banks’ share prices lead or lag other macroeconomic variables such as GDP or wider stock market indices. For instance, Figure 5 shows that the National Bank of Belgium’s share price closely tracks the benchmark index (BEL 20) of the Euronext Brussels stock exchange on which it trades.

Figure 5:  Year-on-year changes in the value of the National Bank of Belgium’s stock and the BEL 20 stock market index (r = .706)

Figure 6: Number of years between 1970 and 2017 that OECD and G20 countries experienced a financial crisis, as defined by the sources below, split by central bank ownership type