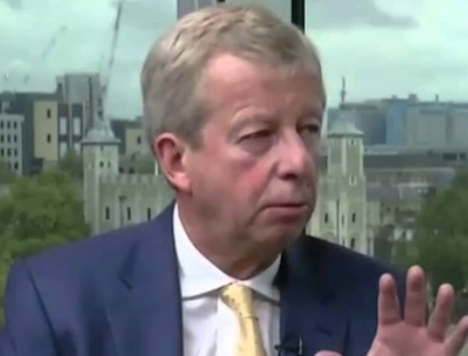 Today the man who predicted the global collapse warned King World News there is one last chance to save your wealth.

US & EU On The Road To Bankruptcy
April 12 (King World News) – Egon von Greyerz:  Most people don’t understand the cause of hyperinflation. Many argue that we can’t get hyperinflation since most asset prices are now under pressure and there is no demand led inflation as most people currently have very little money.

What few people understand is that hyperinflation is a currency driven event. It doesn’t arise as a result of prices going up. Instead hyperinflation comes from the value of the currency imploding. In every case of hyperinflation in history, it is the collapse of the currency that is the cause. So what leads to the currency collapsing. Well, exactly what is happening now around the world, namely unlimited money printing and credit creation. Led by the Fed and the ECB, the whole world is now extending trillions in loans, subsidies and guarantees to companies and individuals. Government deficits are now surging as tax revenues collapse and expenditures increase rapidly. So governments will also need to print money to finance their galloping deficits. The inevitable outcome will be bankruptcy although few nations will admit it.

US DEBT DOUBLES EVERY 8 YEARS
I produced the debt chart below the first time at the end of 2017 when Trump was elected president. I forecast then that US debt would reach $28 trillion by the end of 2021 and double by 2028 to $40 trillion. These kind of debt increases seemed incredible at the time. But very few people study history and learn from the past.

All we need to do is to go back to 1981 when Reagan became president. Since 1981 US Federal debt has on average doubled every 8 years, without fail. Obama doubled debt during his reign from $10 to $20 trillion. Thus it was totally in line with history that the US debt would be $40 trillion 8 years later, in 2025.

Until a couple of months ago, it seemed totally impossible to reach these high debt levels.  But today it looks like we could exceed those figures by a big margin, especially the 2025 one. I am not surprised. Because when you make these forecasts you know that there are always unforeseen events that will occur to fulfill them. And the end of the biggest asset and debt bubbles in history had to end with an unexpected event.

The bottom part of the graph above shows US tax revenue. It was $0.6T in 1981. Currently it is $3.4T. With the current situation in the US, it is likely that tax revenue will collapse, thus increasing the deficit further. But even at the current level of $3.4T, tax revenue has gone up less than 6X since 1981 whilst debt has gone up 31X