The Gift of Printed Currency Keeps on Giving 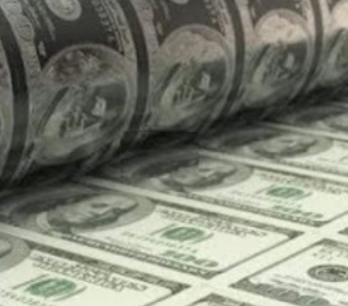 The US Dollar is also trading higher with the value pegged at 97.92, up 11.1 points and close to the high at 97.965 with the low at 97.760. Of course, all of this happened already, before 5 am pst, The Comex open, the London close, and after one hell of a SOTU speech that the socialists had to sit thru without interrupting and after Nancy found out she can be sued for harboring and protecting illegal aliens that are known killers and rapists.

The emerging markets currency watch is hard to deal with at times but it clearly shows what fiat can do when controlled by a few with Venezuela’s Bolivar now trading Gold for 15,557.53 Bolivar, as another 141.82 gets taken away from yesterday’s quote with Silver now at 175.580 Bolivar shaving off 0.999. It’s amazing to see how the currency’s support is kept in place after Trump labelled Venezuela’s current leader a socialist dictator yet their currency trades higher (for how much longer?). In Argentina, Gold is now trading at 94,240.52 Peso’s, losing 733.72 overnight with Silver at 1,063.65 Peso’s losing 4.78. Over in Turkey, Gold is now valued at 9,325.16 Lira losing 78.20 with Silver losing 0.502 with the trade at 105.242 T-Lira.

February Silver Delivery Demands now has a count of 84 posted up on the board proving 37 fully paid for contracts got settled out during yesterday’s trades and with no Volume posted up on the board so far this morning. With the prices slammed as hard as they could go, the stage is set for the Resolute Buyer to swoop in and clean out some more while the gift of printed currency keeps on giving. Silver’s Overall Open Interest continues to contract during this pullback making us wonder if the position limits that were brought up by the CFTC are going to be immediately implemented (proposed commodity position limits of up to 25% of the deliverable supply of each commodity) with the count now at 225,280 Overnighters proving a loss of 2,984 paper contracts that are not backed by real product.

February Gold’s Delivery count now sits at 2,782 fully paid for contracts waiting for receipts with this morning’s trading range between $1,560.70 and $1,547.70 with the last trade at $1,552.60. Also, of note is the Volume of 219 posted up on the board so far this morning. The delivery months reduction is proving 802 contracts got their receipts either here or in London, as we suspect more than likely only paper is sent to London and no metals whatsoever. Gold’s Overall Open Interest now sits at 655,311 Overnighters as another 20,312 paper shorts exited the trade helping to support of our query regarding position limits.

The SOTU went over well for most Americans and definitely not for the properly labeled socialists who have attempted to take over our electoral process. More income, more manufacturing jobs coming back into our lands, less taxes, and less government, is truly encouraging and needed, but only for the mass of voters (not the socialists who think they have the right to deny the voters will).

The socialist jobs created by the last couple of administrations are slowly being removed because they are opposing the voters will and it’s oh so obvious to see! Especially at the SOTU where President Trump highlighted the proposed legislation that would allow victims to sue sanctuary cities (and states). Which brings up Nancy, who had no choice but to sit there in her chair, getting flustered and bent as Trump made it official.

Here is a starting list of Americans murdered by illegal aliens inside our nation’s borders. Let each and every family member on this list personally sue those elected officials, who willfully allowed the killers, rapists, and thieves, to come in without proper venting, some came back over and over and over again!

Keep the thoughts positive no matter what, have a smile on your face, and a prayer in the heart, because things are getting better. Getting better each and every day! As always,