The Future of Direct Taxation 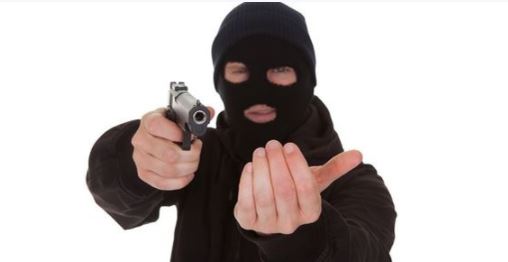 The image above may be considered by some as unfair, as it suggests that taxation is a form of robbery. Well, let’s check the dictionary for a definition:

“Robbery is defined as taking away of goods or property by force or intimidation.”

Well, that certainly fits the bill. Of course, Inland Revenue (or the IRS, CRA, etc., depending upon where you’re from) would say that it’s not robbery if it’s lawful. As I see it, the fact that a law has been passed to allow robbery does not change it from being robbery. It’s merely institutionalised robbery.

Academics might say that we elect representatives to run the central government and those representatives are then entrusted to pass the laws, which we must then meekly follow. Again, this argument doesn’t hold water for me, as these individuals may have been elected, but they most certainly do not “represent” me if they pass a law that says it’s okay to rob me. No government has ever asked me for permission to take my money simply because they want it, and I have never given it.

If there’s any question as to whether the above definition is correct, I’d be happy to see it put to the test: The internet makes possible individualised referendum. If we were to all be questioned as to whether we wish to be taxed, we could easily decide on an individual basis. I’m guessing that I wouldn’t be alone if I were to say, “No, thank you.”

But, to be fair, I do approve of taxation, but only indirect taxation – taxation based on consumption. (This is lawful in my own country, the Cayman Islands, and I receive good value for money.)

In most of the world, taxation is regarded as an imposition and it’s considered understandable that no one really wants to pay tax. The U.S. government promotes a rather different view – that the payment of tax is a patriotic duty. In the U.S., a tax amount can be demanded and the onus of proof is on the citizen as to whether the IRS demand is correct. (In other words, guilty until proven innocent.)

But in almost all countries, payment of tax is described by governments as voluntary, as citizens file their tax forms, pay their income tax, and then hope for the best. The governments don’t actually break down your door and take what they have decided is the “right amount.” (In the U.S. today, through civil forfeiture, billions of dollars in money and goods have been taken from citizens without even necessarily charging the citizen with a crime, but, still, at present, tax collection is handled, “voluntarily”).

But is income tax essential to keep a government alive? Or is it possibly only essential for those countries that conduct wars? Well, a part of the answer comes in the fact that income tax is so commonly justified as repayment of war debt. Presumably, if the political leaders had not engaged in war, they never would have had to introduce income tax to pay for the war. Certainly, Canada and the U.S. went through their greatest historical expansion periods (the last half of the 19th century) and the industrial revolution, without direct taxation.

By contrast, my own country, in its 500-year history, has never declared war on another country. And it has never had direct taxation of any kind.

Let’s repeat that. It has never had income tax, corporate tax, capital gains tax, inheritance tax, or even VAT, property tax, or sales tax in all of its history. Most of our tax revenue comes from company fees and consumption tax. Of course, this means that our government is limited in how big and powerful it can become, but this is something we look upon as a highly positive by-product. Indeed, the lack of direct taxation is regarded as an insurance policy against the creation of an overly powerful government.

What, then, may we expect to see regarding the future of direct taxation? Well, for a start, several of the jurisdictions of what was once called, “The Free World,” notably the EU, U.S., and Canada, have passed “bail-in” legislation; that is, legislation that allows banks to confiscate deposits, should the banks decide that an “emergency” exists. The depositor would have no rights, no recourse. The bank right now can simply rob you of your deposits, with the full approval of the government.

To this is added a bank policy that’s been popping up all over the world – restrictions on the size of transactions that you’re allowed to make with your own money. The higher the transaction amount, the more “suspect” you are of being involved in criminal and/or terrorist acts, which is to be reported to the authorities.

To add insult to injury, some countries, having established limits, have already begun lowering them. This trend is establishing the banks as a regulating body, deciding what you may and may not do monetarily.

A third element in this trend has not yet been put in place, but is in the planning stage – the elimination of paper currency. The plan is to force all wealth into banks, where they can control it, then eliminate the use of paper currency. (Paper currency is increasingly being blamed as being the source of financing for terrorism, so anyone who objects to the elimination of its use can plan on becoming a suspected terrorist.)

Once all three components have been achieved, people in these jurisdictions will only be able to make monetary transactions through a bank. There will be no mattress stuffing, no purchases or sales of other forms of wealth unless they are considered acceptable to banks and governmental authorities.

But, finally, there will be the subject of taxation. Once all wealth is trapped in the banking system, direct involuntary taxation can begin. Since your government will have a record of every financial transaction that you’ve made during the year, they can unilaterally decide what you owe in tax and take it as a direct debit from your account. (They will certainly provide you with the right to appeal, if you can afford the appeal process and are feeling lucky.)

Annual tax filing will be a thing of the past, as individuals will not need to file, and tax debits can be made more frequently, perhaps quarterly, perhaps monthly. Should tax rates rise dramatically, due to, say, war, which is certainly in the cards, the depositor will have little choice other than to watch the robbery take place on a regular basis.

And, again, those who object may find themselves being investigated for terrorism.

Throughout history, those who have believed that they’ve been overtaxed have had but three choices. The first is to simply accept enslavement to the government. The second is revolt of one form or another. The third has always been to move one’s wealth (however large or small) to a better jurisdiction, one where the government has a long reputation for stability and respect for the rights of personal ownership. Sadly, much of the former “Free World” is heading in the exact opposite direction and the reader may wish to consider whether he wishes to exit his wealth from his present country of residence before the door has been firmly shut. In doing so, he may also give thought to expatriating himself to one of the worlds freer, more promising jurisdictions.

Editor’s note: Unfortunately, there’s little any individual can practically do to change the trajectory of this trend in motion. The best you can and should do is to stay informed so that you can protect yourself in the best way possible, and even profit from the situation.

We think everyone should own some physical gold. Gold is the ultimate form of wealth insurance. It’s preserved wealth through every kind of crisis imaginable. It will preserve wealth during the next crisis, too.

But, if you want to be truly “crisis-proof”, there is more to do…

Most people have no idea what really happens when a government goes out of control, let alone how to prepare…