The Four Pillars Of Economic Understanding 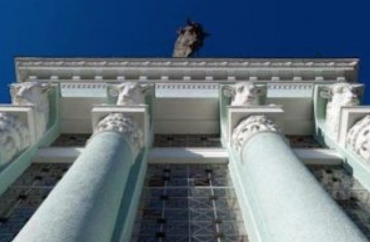 It is no exaggeration to say that learning economics changed my life. In fact, I would go as far as saying the two most pivotal moments of my young adulthood was meeting my future wife at 17 and being exposed to economics at 19.  Not only pivotal, but responsible for the good fortune and happiness I have had in the intervening years.

Earlier this month I turned 60. I became an economics major 40 years ago after the powerful messages I learned from my teacher Dr. Hans Sennholz and the economists and ideas he alerted me to. It was simply the way he taught that excited my imagination, and my journey since that time has only fueled my curiosity and imagination since.

I find everything about economics fascinating — its history, its sociology, its underlying philosophical debates, and most of all its ability in the hands of a real master to render the world in all its complexity intelligible.

Earlier this fall, I was part of a panel at the Southern Economic Association on Paul Rubin’s The Capitalism Paradox, along with Steve Horwitz and Sanford Ikeda. I have known of Ikeda since I was 19 because he was the star graduating economic student when I was first learning economics from Dr. Sennholz back at Grove City College. So, it was not surprising to me when Sandy in his comments summed up what he thought were the key ideas for teachers of economics to stress to excite the imaginations of subsequent generations of students. It was these ideas that changed my life.

Rubin’s book is highly recommended because he offers a useful corrective by stressing the importance of social cooperation among distant and disparate people, rather than the ruthless competitive nature of market society.

Yes, market competition is unrelenting and valuable. But the by-product isn’t just the delivery of goods and services at least cost, but also the network of social relationships and bonds of cooperation that are formed even among strangers. Steve Horwitz recently gave a great talk on this in Greece, and was discussed at Coordination Problem. So our panel was united in its praise for Rubin’s work.

But, when Ikeda had his chance to summarize he placed the teaching of economics into 4 categories: Truth and Light; Beauty and Awe; Hope; and Compassion. My mind rushed back over the years to all the great teachers I have had in economics from Sennholz to Don Lavoie and Karen Vaughn, from Kenneth Boulding to James Buchanan and Gordon Tullock, and from colleagues such as Israel Kirzner and Mario Rizzo at NYU to Don Boudreaux, Tyler Cowen, Chris Coyne, Peter Leeson, Russ Roberts, Vernon Smith and Virgil Storr. They all hit these different categories in their teaching and writing with different levels of emphasis and all with great effect. A few hit all four constantly and they stand out above the crowd.

Economics begins with the recognition of scarcity. There is certain shock value when you first are taught this idea and the notion that in our world we are constantly confronted with trade-offs, and as such notions of optimality are a function of the skill with which we as human decision-makers negotiate these trade-offs.

Learning economics to a considerable extent is learning about all the implications of scarcity, and thus the persistent and consistent application of opportunity cost reasoning to all human affairs. Tullock (along with Richard McKenzie) achieve this with their The New World of Economics, which was originally published during the 1970s and which I read as an undergraduate economics student at Grove City College.

Economics brings truth and the light to the darkness, and pierces through the fog to make sense of all human endeavors, whether in pursuit of the highest ideals or the basis of crass motives.

If you are being taught economics by Gordon Tullock, or for that matter Pete Leeson (The Invisible Hook and more recently WTF), be prepared to be shocked out of your comfortable complacency and instead learn about the logic and underlying governing dynamics of the world around you.

Authored by Peter Boettke via
The American Institute for Economic Research,