The Federal Reserve Is Directly Monetizing US Debt 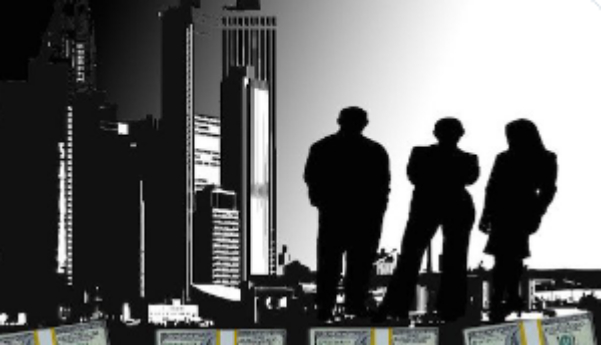 In a very real way, MMT is already here

The Federal Reserve is now directly monetizing US federal debt.

Sure, it’s not admitting to this. And it’s using several technical jinks and jives to offer a pretense that things are otherwise.

But it’s not terribly difficult to predict what’s going to happen next: the Federal Reserve will drop the secrecy and start buying US debt openly.

At a time, mind you, when US fiscal deficits are exploding and foreign buyers are heading for the exits.

How It’s Supposed to Work

Here’s how it’s supposed to work when the US government issues new debt:

There are two important claims plus one assertion I’ve highlighted in there, each in a different color:

So according to the Fed: it’s independent, it follows the rules set forth in the Federal Reserve Act of 1913, and it mostly buys “old” Treasury paper that the market has already properly priced in a free and fair system.

But that’s not really what’s going on…

It’s now clear that something spooked the Fed badly in September.

We still don’t know what exactly went on, but the Repo market blew up. While this was a clear sign that something big was amiss, the Fed has not yet explained what the cause was, who needed to be bailed out, or why.

And it’s not going to anytime soon. It recently announced that its records on the matter are going to be sealed for at least two years.

While the Fed is ostensibly a public institution, and yes transparency should be extremely important — at least to maintain the appearance that it’s being careful with public monies — the Fed is prioritizing secrecy here.

Whatever’s going on has been serious enough for the Fed to openly lie. And not just in regards to the repo market.

“It’s not QE!” Fed chair Jerome Powell recently declared upon relaunching an asset purchase program that has already expanded the Fed’s balance sheet by hundreds of billion of dollars.

Given all the secrecy, obfuscation and lies, the Fed is now in clear violation of the spirit of the Federal Reserve Act of 1913.

Recall from above that the Fed “only buys Treasury securities in the open market”, meaning from other banks and financial institutions.  That’s how the Federal Reserve Act of 1913 is written:

Let’s walk through an example that connects the dots here.

Just know that this is but a single example out of many.

Each and every Treasury offering comes with an identifying number called a “CUSIP” number (referring to the Committee on Uniform Securities Identification Procedures).

November 5th, 2019 those T-bills were “issued”, meaning that was the actual date that they were to become active.  Before that date, nobody had possession of them and nobody was earning interest on them:

From the Treasury Offering Announcement above, on November 5, 2019, $40 billion of CUSIP number 912796WL9 were issued to the market.

It’s worth pointing out that no money changes hands on auction day (Oct 31 in this instance). It only does when the bills are issued (Nov 5 in this case).

Looking at the Federal Reserve’s website, we can see what they bought and when (but not for how much).

There we find that very same T-bill with the CUSIP 912796WL9 showing up as having been purchased by the Fed Nov 5, 2019 — the very date of its issuance:

The Fed bought more than $4 billion of this CUSIP.  If these T-bills were out in the “open market” they weren’t there for long. At most, less than a day before the Fed scooped them up.