The Fed Just Revealed Plans for a Digital Dollar Replacement 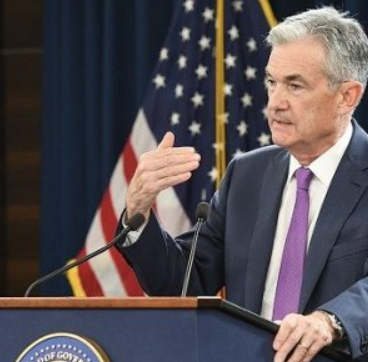 Thanks to the Federal Reserve, the idea that you can go into a store and anonymously purchase something with cash might soon be obsolete.

Why? Because they’re developing something called Fedcoin, which would be based on blockchain technology.

If you’re unfamiliar with blockchain technology, you’re not alone. Here’s how a piece on Motley Fool describes it:

The digital and decentralized ledger that records all transactions. Every time someone buys digital coins on a decentralized exchange, sells coins, transfers coins, or buys a good or service with virtual coins, a ledger records that transaction, often in an encrypted fashion, to protect it from cybercriminals. These transactions are also recorded and processed without a third-party provider, which is usually a bank.

Right now, Bitcoin is a popular form of cryptocurrency that operates using blockchain technology. Like the description above, Bitcoin is decentralized, its transactions are anonymous, and no central bank is involved.

But the irony is, the blockchain tech behind the Fed’s idea isn’t likely to be used the way Bitcoin uses it. Not even close.

Originally, the “Fedcoin” idea appeared to be a security enhancement to a century-old system used for clearing checks and cash transactions called Fedwire. According to NASDAQ in 2017:

This technology will bring Fedwire into the 21st Century. Tentatively called Fedcoin, this Federal Reserve cryptocurrency could replace the dollar as we know it.

The idea didn’t seem to move very much three years ago, but now the idea of a central bank-controlled “Fedcoin” seems like it could be moving closer to reality, according to a Reuters report from February 5.

According to the report, “Dozens of central banks globally are also doing such work,” including China.

Of course, there is risk, according to Federal Reserve Governor Lael Brainard. For example, there is the potential for a country-wide run on banks if panic ensued while the Fed “flipped a switch” and made Fedcoin the primary currency for the United States.

But blogger Robert Wenzel warns the risks of the Federal Reserve issuing its own cyber currency may run even deeper than that.

Lawmakers try to package and sell whatever ideas they come up with, no matter how intrusive or ineffective they might be.

According to Brainard, Fedcoin has the potential to provide “greater value at a lower cost” for monetary transactions. Sounds reasonable, if taken at face value.

But no matter how the Fed may try to “sell” the idea of utilizing Fedcoin in the future, Wenzel’s warning is pretty clear:

A Federal Reserve created digital coin could be one of the most dangerous steps ever taken by a government agency. It would put in the hands of the government the potential to create a digital currency with the ability to track all transactions in an economy—and prohibit transactions for any reason. In terms of future individual freedom, this would be a nightmare.

If you use cash at a grocery store, no one will know who you are or what you bought unless it was caught on video or you use a reward card. In the rare instance a store accepts Bitcoin, the same would be true.

But if you were to use a centrally-controlled digital currency like Fedcoin, who knows what the Fed will decide to track now or in the future? Or what meddling they could come up with to deny your transaction?

If the Federal Reserve wanted to outlaw cash, and your only choice was to use Fedcoin to make purchases, then your financial life would be tracked under their watchful eye.

Protect your retirement by maintaining your financial freedom

Who knows if the Federal Reserve will move closer to making cash a thing of the past? Perhaps Fedcoin will add to the number of ways the Fed can meddle with your retirement?

Until that gets sorted out, you can consider other options to protect your retirement with a tangible asset that can’t be converted into digital form.

Precious metals like gold and silver continue to hold value, and have for thousands of years. And because they are physical assets, you can’t be tracked as you could if Fedcoin moves from being a bad idea to reality.