The Fed Has Sufficient Tools—to Wreck the Economy 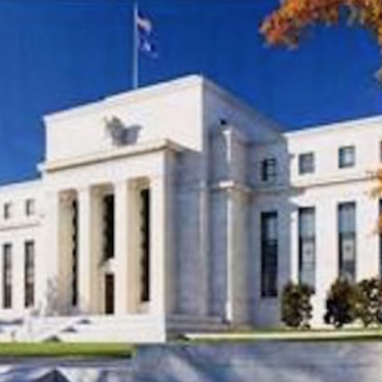 In its emergency announcement on Sunday evening, the Fed assured us that it “is prepared to use its full range of tools to support the flow of credit to households and businesses and thereby promote its maximum employment and price stability goals.” The Fed put its (fiat) money where its mouth is by announcing a host of programs.

It cut its target interest rate by 1 percent to zero and reinstituted quantitative easing, pledging to purchase $700 billion worth of Treasury securities and agency mortgage-backed securities over the coming months. This is in addition to $1.5 trillion in temporary overnight and term repurchase operations that it announced two days ago.

Separately, the Fed issued a coordinated announcement with a number of other central banks, including the Bank of England, Bank of Japan, and the ECB that the interest rate on dollar swap arrangements would be cut by 0.25 percent and 84-day maturity swap lines would be added to the current seven-day dollar swap lines.

In yet another announcement, the Fed slashed the rate at its discount window by 1.5 percent to 0.25 percent and its reserve requirements for all banks and other depository institutions to 0 percent.

In the wake of these announcements, some commentators questioned whether the Fed has run out of “tools” to deal with the impending recession and recovery. Former Fed vice chair Donald Kohn was ambivalent, writing, “They are not out of tools, but they’ve used the biggest tool they have, the interest rate tool, the one that’s been proven over the years to work the most effectively.” Michael O’Rourke, chief market strategist at JonesTrading, took a dimmer view of the Fed’s predicament, declaring:

They blew it. The Fed panicked and the market is spooked. The S&P 500 registered all time highs less than a month ago and the Fed has expended all its conventional and unconventional tools.

Meanwhile policymakers rushed to reassure markets and the public that the Fed had or would obtain the tools they required to keep a panicked economy on an even keel. Secretary of the Treasury Steven Mnuchin indicated that he would request additional tools for the Fed that it was deprived of by Dodd-Frank legislation: “Certain tools were taken away that I am going to go back to Congress and ask for.” And Fed chairman Powell assured reporters that the Fed still has sufficient tools available to shepherd the economy through the COVID-19 crisis and guide its recovery.

But what are these “tools” that have policymakers, financial practitioners, and commentators so worked up? Renewed quantitative easing, the zero interest rate target, 84-day dollar swap lines, special repo facilities at the New York Fed, zero reserve requirements, etc., are nothing but cunning and arcane techniques for conjuring additional trillions of dollars out of thin air and pumping them into the global economy.

Since its inception the Fed has always had one and only one tool for manipulating the economy: printing money. And this tool will never dull or break, and can be used again and again under any and all circumstances short of hyperinflation

by Joseph T. Salerno for Mises