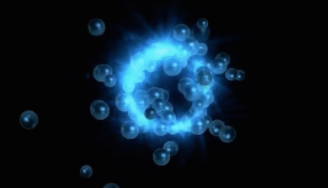 The Fed must now accept responsibility for what happens in the end-game of the Moral-Hazard Monster Bubble it created.

Contrary to popular opinion, the Federal Reserve didn’t set out to create a Monster Bubble that has escaped its control. Also contrary to popular opinion, the Fed will be unable to “never let stocks fall ever again–ever!” for the simple reason that the monster it has created– a monster mania of moral hazard in which all risk has vanished because the Fed will never let stocks fall ever again–ever!–is now beyond its control.

And that’s a problem for the Fed, which above all else needs control of interest rates, financial markets and the economy.

The problem is that bubbles always pop, and they pop regardless of what central banks do. This is contrary to the popular opinion that if only the Fed had saved Lehman Brothers, the Global Financial Meltdown of 2008 would never have happened.

Wrong. Bubbles pop when too much risky debt unbacked by collateral is issued to marginal borrowers who inevitably default, triggering massive losses in the financial sector, an equally massive unwind of speculative debt and risky gambles and a deep recession as all the debt-fueled malinvestment dries up and blows away.

The 2008 Global Financial Meltdown was the inevitable result of subprime and other debt bubbles bursting which then triggered a panic to unwind trillions of dollars in high-risk speculative gambles in stocks, real estate, junk bonds, etc.

The Fed has another problem which it hasn’t been able to solve despite 12 years of trying: to save the financial system from collapse, the Fed has to re-inflate the debt-fueled speculative mania that just popped from unstable excesses of debt, leverage and moral-hazard speculative fever, all piled on a diminishing foundation of actual collateral.

by Charles Hugh Smith for Of Two Minds