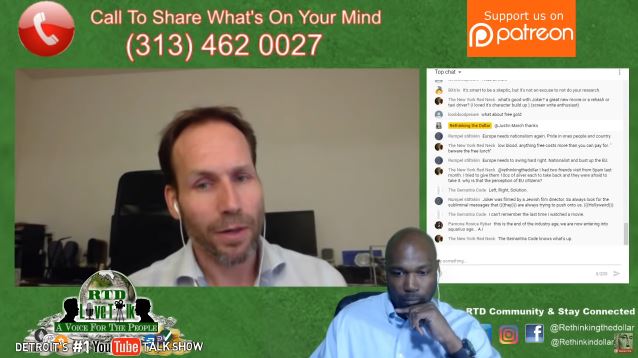 In this interview we go over matters like the new round of quantitative easing that Mario Draghi recently announced, economic problems in the European Union and the growing threat of a deep recession closing in on the people. We also touch upon the political situation in the USA with the continuous attempts to impeach president Donald Trump, the nature of the two-party system of Democrats versus Republicans and the role of the Deep State.

Renewed “stimulus” measures of the ECB

As if the in December 2018 ended “Asset Purchase Programme (APP)” wasn’t insane enough, the European Central Bank decided to fire it back up. While the central bank’s balance sheet has not even started to unwind, the bazooka will be picked back up and fired at EUR 20 billion per month to start off with:

In our Live Talk we discuss why this so-called quantitative easing has not worked and can never work. Longtime friends of the Janssen Report are familiar with my critique of these stimulus measures, as laid out in numerous reports over the years:

Decline in the EU and the Absurdity of US Politics

Without a doubt there are countless problems in the European Union. We only touch upon a few of them, such as the contrast between optimistic economic reports in the media versus the fact that a growing majority of the people are finding it increasingly harder to get by, even on two salaries.