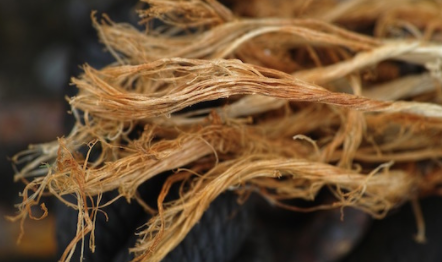 When Mario Draghi’s tenure was approaching its end, I argued for a sterner governor for the European Central Bank (ECB); hence, I was not even slightly enthusiastic when Draghi’s successor turned out to be Christine Lagarde—a patent dove, as can be inferred from her ideological proximity to a famous Keynesian like Olivier Blanchard.

However, I am here to defend the stance she took with her March 12 speech—in which, addressing the economic turmoil spurred by the coronavirus crisis, she declared that it was not a central banker’s job to prevent the occurrence of spreads on financial markets—which has been fiercely attacked both by Italian media and politicians, and even by Italian president Sergio Mattarella. There are three reasons why I deem, for once, Lagarde’s viewpoint to be right. These reasons are based in monetary policy theory, in the institutional framework of European Union, and in the current situation of the Italian economy.

First, we need to understand that what Lagarde stated—that it is not her job to prevent government bonds’ prices in the European Monetary Union (EMU) from diverging—is absolutely correct from a technical perspective. Indeed, if we consider the theoretical approach to the role of the central bank as a lender of last resort as conceived by both Walter Bagehot and Henry Thornton (both recognized and respected even by mainstream neoclassical economists), we find that actually there should be no room for monetary policy to be influencing assets’ relative prices.

In fact, the role of a central bank (i.e., of a lender of last resort in a fiat money and fractional reserve banking system) should be to grant liquidity to temporarily illiquid—but solvent, i.e., structurally sound—commercial banks. In no way should monetary policy be involved in steering (and messing with) asset prices—as has regrettably been occurring in the EMU since the beginning of QE in March 2015—since central banks’ interferences distort the natural market formation of prices, bringing about Cantillon effects and spurring both malinvestment and excessive risk taking (through generally lowering returns on assets and pushing savers to invest in riskier ones).

It is evident that the ECB has already been a hugely interventionist central bank; suffice it to mention that currently the ECB’s balance sheet is roughly 40 percent of the EMU’s GDP and that the European banking system is already flooded with €1.5 trillion in excessive reserves. Hence, it is also frankly hard to see how further room for monetary policy interference in a market capitalist economy could be justifiable—even conceding to hardened shortsighted Keynesians that the current coronavirus shock is a purely demand-side one, which it absolutely is not.

The Institutional Framework of the European Union

Here the argument is pretty simple and straightforward. First of all, we need to remember that EMU is a monetary union in which European national states retain fiscal sovereignty. The problem with such a framework is that Italian monetary nationalists, Keynesian and MMTer (modern monetary theory) pseudoeconomists, and national socialist politicians interpret this international deal as follows: “burdens should be shouldered together and addressed with a common tool (i.e., the currency we all share, the euro), whereas benefits should be enjoyed privately by member states.” Indeed, they do not see (or pretend not to see) that the only way—even under a Keynesian paradigm—whereby monetary policy could be helpful in such a crisis would be if the fiscal policy decision level were the same as the monetary policy one.