The Era of Boom and Bust Isn’t Over 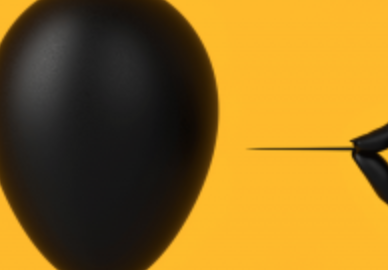 At the 2020 World Economic Forum in Davos, Bob Prince, co-chief investment officer at Bridgewater Associates, attracted attention when he suggested in a news interview that the boom and bust cycle as we have come to know it in the last decades may have ended. This viewpoint may well have been encouraged by the fact that the latest economic upswing (“boom”) has been going for around a decade and that an end is not in sight as suggested by incoming macro- and microeconomic data.

But would that not reject the key insight of the Austrian business cycle theory (ABCT), which says that a boom, brought about by artificially lowered market interest rates and injections of new credit and money produced “out of thin air,” must eventually end in a bust? In what follows, I will remind us of the key message of the ABCT and outline the “special conditions” which must be taken into account if the ABCT is applied to real-world developments. Against this backdrop, we can then form a view about how the next crisis might look.

What the ABCT Says

The ABCT is actually a “theory of crisis,” and it explains the broader consequences if and when central banks, in close cooperation with commercial banks, increase the amount of money in the economy through credit expansion—that is, an increase in bank lending that is not backed by real savings. The increase in the circulation of credit supply initially lowers the market interest rate below its “natural level,” or, “the originary interest rate level,” to use the Austrian school’s term.

The artificially lowered market interest rate discourages savings and encourages consumption and investment expansion. The economy enters a boom. However, after the initial injection of new credit and money has had its impact on prices and wages, people start realizing that the economic expansion was a one-off. People return to their pre-boom savings-consumption-investment ratio, which means that the market interest rate finally returns to the higher originary interest rate level. This is the very process that makes the boom turn to bust.

Not only have market interest rates been distorted and set at too low a level through central bank policies, they are also kept from returning to economically sensible levels. At least this is what financial market agents seem to think: they assume that central banks will continue to take care of the credit market—they know that if and when market interest rates rise, the boom will undoubtedly turn into a bust, something central banks wish to prevent at all costs.

And given the basically unlimited power of central banks in the determination of bond prices and thus bond yields, no investor (in his right mind) will want to bet against the monetary authority. In fact, investors have a great incentive to trade bond prices toward the level they think the central bank would like to establish in the marketplace. In other words: if the market thinks that the central bank does not want higher interest rates, interest rates will remain artificially low.

By controlling market interest rates, central banks have in fact put a “safety net” under the economies and financial markets. As central banks have signaled to the public that they feel responsible for a healthy economy, and, in particular, for ensuring that “financial market stability” prevails, investors can put two and two together: should the economies or financial markets get to the verge of collapse, investors can expect central banks to step in, fighting the impending crisis. This understanding encourages investors to take additional risks, step up their investments, and disregard and underestimate risk.

Central banks’ “safety net” is not only a powerful tool to sustain the boom, it is also a rather subtle, stealthy intervention in capital markets. It effectively brings about an entirely rigged financial market: prices are higher and yields are lower than unhampered market forces justify. The central banks’ safety net policies amount to a manipulation of the market system on the greatest scale possible. With basically all prices and all market yields distorted, the economy and financial markets enter a “hall of mirrors” regime, where consumers and firms must inevitably get disoriented and make wrong decisions.

However, under such conditions the boom can be kept going much longer compared to a scenario in which free market forces are allowed to do their job—that is, establishing financial asset prices as well as inflation, credit, and liquidity premia according to real-world realities. However, today’s environment is rather different: central banks, in their attempt to prevent the current boom turning into another bust, have effectively corrupted the vital roles that financial markets and market interest rates play in a free market system.

The Role of the Originary Interest Rate

It would be a mistake to conclude that a boom can be upheld indefinitely if central banks beat down the market interest rate to zero, or even push it into negative territory. In fact, without a positive market interest rate (in real terms), the modern economy, which rests on the division of labor and complex “roundabout production” processes, could not exist. This is an insight derived from the Austrian time preference theory of the interest rate. In a nutshell, time preference means that acting man values earlier satisfaction of a want more highly than the satisfaction of the same want at a later time.

The manifestation of time preference in the market is the “originary interest rate.” It denotes the value discount that a good that is available in the future suffers compared to the same good that is currently available. Acting man’s time preference and thus his originary interest rate are, for logical reasons, always and everywhere positive. They may well approach zero, but they can never hit zero, let alone become negative. This is a significant insight, as it tells us what would happen if the market interest rate were to drop to zero: the modern market economy would disintegrate. This is why:

Every acting man carries, so to speak, a positive originary interest rate in himself. So if the market interest rate is zero, no one would put their savings in time-consuming production processes any longer. People would not be willing to offer their savings for replacement investments or new investments. They would simply hoard them “under their mattresses.”Capital consumption would set in. In other words: by bringing the market interest rate down to zero, central banks would destroy the market economy with its division of labor as we know it today.

In recent years, most central banks have concentrated on policies that push down selected types of market yields, in particular those in the funding markets for government debt, mortgage debt, and bank debt. However, the consequences of such actions are increasingly felt in other asset markets. In a search for yields, investors increasingly use their funds to purchase, say, stocks and real estate. As a result, these asset prices rise, thereby lowering their future returns. In other words: the zero interest rate policy of the central banks drags down basically all kinds of yields with it. This may go on for quite a while.

But once all market interest rates hit zero, the real trouble starts: the boom turns to bust. Credit markets shut down, borrowers can no longer roll over their maturing debt, and no investor is willing to lend new funds. To prevent credit defaults and the collapse of the debt pyramid, central banks would presumably step in as “lenders of last resort,” refinancing basically all kinds of borrowers in need. An outright inflation policy would begin. Nevertheless, capital consumption and economic regression would set in. People’s living standards would nosedive; many would be thrown into outright misery.

Applying the ABCT to real-world developments yields the following insights: Central banks have done nothing to put an end to the boom-and-bust cycle. Instead, their unscrupulous interventions in credit markets just prolong the boom. However, it would be mistaken to assume that by bringing market interest rates to zero, a perpetual boom could be created. Such a policy is self-defeating: once all market interest rates have been dragged down to zero, the capitalistic economic system will collapse. Then—at the latest—the boom will definitely turn into bust.Author:

By Thorsten Polleit and published on Mises Institute