The Economic Crisis of 2008 Never Ended, It Has Been Covered Up 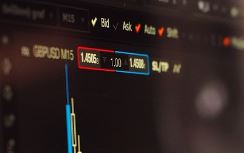 There have been many articles appearing in recent months suggesting that the economy might go into a recession within the next year. Many have focused on whether the Federal Reserve should cut interest rates to stop this from happening. There also has been a lot of speculation as to the effect that an economic downturn will have on the 2020 Presidential elections. I have not seen anyone talk about how today’s high stock prices will likely cause an economic collapse.

There have been numerous suggestions coming at things from the opposite direction, making the case that a recession will likely cause stock prices to fall hard. But I view that way of thinking about things as a holdover from the Buy-and-Hold Era. If stock price changes are caused by rational assessments of economic developments, it would make sense that economic bad times would cause stock prices to fall. But I believe that Shiller’s research showing that valuations affect long-term returns is legitimate research. If that is so, then high stock prices are caused by irrational exuberance and the inevitable disappearance of irrational exuberance causes trillions of dollars of consumer spending power to leave the economy, causing a contraction.

If that’s the way things work, the economic crisis of 2008 never came to an end. Employment numbers improved and businesses stopped going under. So, in a surface sense, economic conditions certainly improved. But the economic numbers improved only when CAPE levels returned to the dangerous levels that applied prior to the onset of the crisis. We pumped up stock prices to make people less fearful of spending but at the cost of insuring that a follow-up price crash would be coming in not too long a time.

So the economic crisis never really ended. It went into remission. If the economy was booming with stock prices at reasonable levels, we could take comfort that good times really had returned. But I don’t feel able to trust a recovery that is financed by an overpriced stock market. Overpriced stocks makes us feel that it is safe to spend again. But the financial security pushing spending forward is illusory. There is no “there” there when stock prices could fall to fair-value levels at any moment and trillions of dollars of spending power could be taken off the table again.

I am not a fan of illusory stock prices. I think that we all should be doing all that we can to keep stock prices at something close to fair-value levels at all times. All of our financial planning decisions depend on us knowing how much wealth we possess and it is not possible to know this for so long as stocks are priced at two times their real value, as they are today.

We cannot even form reasonable assessments of the merit of the actions of policymakers at times when high stock prices are causing the economic numbers to look better than they would look if stock prices were at reasonable levels. President Trump naturally says that it is his policies that have brought on good economic times. But how can we know how the economy would be doing if the entire stock market were priced at one-half of the level at which it is today priced. And I of course do not intend to make a partisan comment here. President Obama’s policies looked better because of the effect of high stock prices as well.

It is the Federal Reserve’s job to keep the economy from contracting too hard. Does that mean keeping stock prices from crashing? I get the sense that there are times when Federal Reserve members take this factor into consideration. But keeping irrational exuberance going at some point becomes a futile endeavor. We can’t just create money out of thin air by pushing stock prices upward. At some point the market insists that prices reflect real value (this is Shiller’s core finding). Pushing prices up is a holding action. Sooner or later we have to accept that fair-value prices will prevail again and that the economic pain that follows from a return to fair-value prices must be endured.

High stock prices are a lie. That’s what I am saying. They are not just a lie that affects stock investors. They are a lie that affects everyone who is living in our economic system. The Pretend Money that is created when stock prices rise above fair-value levels always disappears down the road a bit. And the net result is a negative because of the disruption experienced when businesses that appeared to be doing well go under and when workers who appeared to be headed for decent retirements find themselves far short of achieving their financial goals at a time in life when it is too late to do anything about it.

I reject the idea that we may be seeing a new economic crisis in the days ahead. To my way of thinking, we will be seeing a resumption of a crisis that we experienced for only a few months in late 2008 and early 2009 and then put off for another time. We put that crisis off because we did not look how out stock portfolios looked when fair-value price levels were restored. But the put-off was a temporary thing. To achieve more permanent solutions to the problems that received national attention in late 2008, we are going to have to come to terms with the primary cause of those problems — the high stock prices that still apply today.