PREPARE NOW: THE DOLLAR’S CRASH IS ONLY JUST BEGINNING 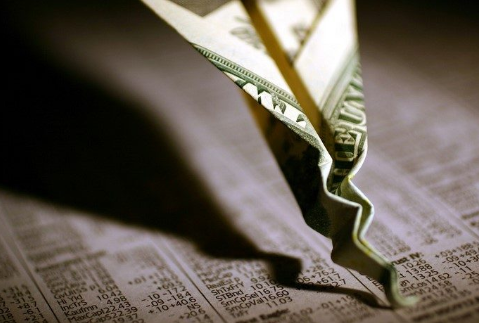 It’s time to make preparations for a complete dollar collapse. It’s being destroyed by design, but what we are experiencing now in the economy is only the beginning.  The rest of this year will be chaotic at best.

The greenback’s recent weakness “is the beginning of a very large move” that could hurt the droves of investors exposed to it through their holdings in United States stocks and bonds, Ulf Lindahl said. The end of the dollar is imminent. It will happen.  It’s best to prepare now.

The Dollar Crash Will Take Down Entire US “House Of Cards”

The Federal Reserve’s constant money creation is going to make things difficult for most in the coming year.  We could even see the pressure to use their new digital dollar within the next year too, which will be a system of slavery. It’ll be up to us to make sure we do not accept or use their new digital dollar, but many will choose too, especially if it’s tied to free money or universal basic income.

Lindahl’s research breaks down the dollar’s fluctuations over the decades into 15-year cycles that show the greenback weakening sharply against the euro before recovering most of the losses.

Though the dollar’s drop has slowed in recent weeks, that’s “really an opportunity to get out of the dollar,” he said.

Most bearish investors expect the dollar to depreciate on the back of stronger economic growth prospects outside the United States, rock-bottom U.S. interest rates, and concerns that programs to allay the coronavirus pandemic’s economic fallout are inflating fiscal deficits. –Reuters

As we’ve said before, gold and silver will be the best way to prepare, have something barterable, and hold real money. If you want to get into cryptocurrency, now might be a good time.

Remember, to pay attention, be aware of what’s happening, and prepare the best you can while refusing to live in fear. Right now, that’s the best solution. Until enough people wake up to the real problem, we cannot unite for permanent lasting changes, but we can make changes on our own that can give us each more freedom. Live free and fearless in a totalitarian world. That’s really what the rulers and the New World Order psychos fear the most.