The Destructive Force Of Bank Credit 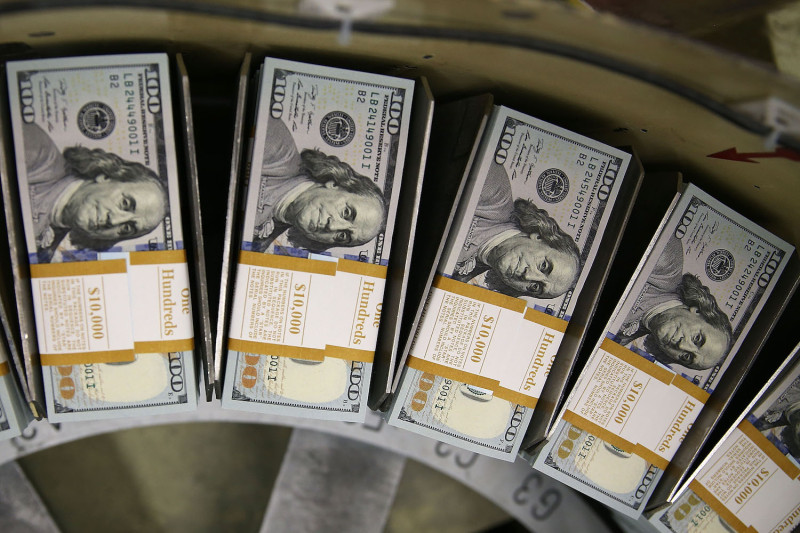 In order to understand bank credit, we must enter the mind of a banker and understand how it is created, why it is expanded and why expansion is always followed by a sharp contraction.

But we have now moved on from a simplistic credit cycle model, given the global economy was already facing a tendency for bank credit to contract before the coronavirus drove supply chains into the greatest global payment crisis in history. The problem is now so large that to maintain both economic stability and price levels for financial assets the central banks, led by the Fed, will have to issue so much base currency that fiat currencies will become almost worthless.

In these conditions the banks that survive the next several months will then begin to expand bank credit anew to buy up physical assets instead of their normal financial fare, sealing the fate of fiat currencies with a final expansion of bank credit as the banks themselves dump worthless currencies for real assets.

Never has it been more important to understand the psychology and motivation behind changes in the level of bank credit at a time when governments and central banks are relying on commercial banks to transmit Keynesian stimuli to distressed borrowers. And never has it been more important for analysts to differentiate between deflationary forces that come entirely from the contraction of bank credit and inflationary forces that arise from central banks’ monetary policy.

Whether policies to rescue economies from the financial and economic effects of the coronavirus will actually get to the intended businesses depends largely on the transmission mechanisms for base money. While special powers for direct funding of large corporations may be implemented and the extension of public ownership to prevent bankruptcies of large players is very likely, commercial banks will be expected to play a central role in distributing monetary stimuli to businesses of all sizes. But since they regard small and medium size businesses as either too risky or not worth bothering with, it will be a struggle to get them to deliver the financial support intended.

In any advanced economy, a Pareto 80% of GDP is provided by small and medium-size enterprises. In a highly centralised banking system, for the banks that have access to the Fed through prime broker subsidiaries, SMEs are simply not worth bothering with. It leaves the majority of enterprises providing goods and services to the public out in the cold. Bankers looking through the dip will want to preserve more profitable relationships with large corporations and reduce their exposure to risky, expensive-to-administer smaller loans.

Despite the central banks’ generous intentions, the majority of businesses that rely on bank lending for working capital will therefore find finance frozen by bankers now driven by fear of risk instead of grasping lending opportunities underwritten by government support. Businesses with cash will learn that they are taxed by the debauchment of their money to subsidise failing competitors.

Investors who are used to getting positive returns solely on the back of expansionary monetary policies are now egging on the authorities to spend, spend and spend one more time. Penson funds and insurance companies in particular will now discover they are being lumbered with the cost of monetary expansion by an increasing depreciation of the currency, which escalates future liabilities. Ever since the investment industry pandered to the inflationary policies of central banks this outcome was inevitable, because both logic and sound economic theory tell us you cannot continually inflate your way out of trouble.

That end point is where we have now arrived. The state has come to rely completely on inflationary stimulation. The helicopters have warmed up and are ready to distribute monetary largess created by the magic of central banking, not just to individuals, but to their employers as well.

Mission impossible is to restore economic activity to where it was before the coronavirus shutdown. Politicians assume is can be achieved by deploying military precision. They have taken for themselves a mandate to sweep aside all bureaucracy and all objections to the role of the state. All it requires is for the banks as well as other critical actors to submit to their authority.

The credit cycle was turning down before the virus hit

It ignores the impact of the credit cycle, which was already turning down in the second half of last year. In response, the Fed first stalled its attempt to restore its balance sheet to normality and from September onwards was forced to publicly intervene to inject massive amounts of liquidity into the banking system through the repo market.

All was not well in wholesale dollar markets at least five months before the virus hit, so the problem is more complex than a simple return to normality when the virus passes. Furthermore, the authorities trying to keep the economy from imploding are out of their depth, so much so that individuals in the private sector are gradually realising it as well. Financial risk has escalated considerably, which has one effect: bankers will use every opportunity to reduce the size of their balance sheets. The authorities will struggle to get banks to hold fast, let alone distribute subsidies to producers and consumers alike.

Attempts at rescuing the global economy and supporting financial asset values upon which bank collateral is based will require massive inflation of base money, as outlined later in this article. But these attempts will have to fight bankers trying to control their lending risk in order to protect their shareholders’ capital from being wiped out. Their motivation to deflate bank credit will be greater than ever before.

An appreciation of the deflationary implications of the current phase of the credit cycle requires an understanding of how bank credit fluctuates and the predominantly psychological factors that drive it.

The origins of bank credit

The general public is not aware that there are two separate sources of money. The central banks are empowered to issue money, but commercial banks do so as well. One way they do this is by taking in deposits and then lending them to borrowers for an interest rate turn. When the borrower draws down the loan to make payments, more deposits are created as the payments are made.

A second course of money creation is simply by lending money into existence. In this case, the loan is created first, and as it is drawn down, deposits are created. This is regarded as the more usual practice, hence the description of the process being the expansion of bank credit. Any imbalances that arise between banks are resolved through the interbank market.

This balance sheet reflects a cautious approach to bank lending. Shareholders’ equity is valued at one third of customers’ deposits and is covered twice by government bonds, which will all be less than five years to maturity and is regarded in the banking system as the risk-free investment standard. At this stage of the credit cycle and with the banking community generally risk-averse, lending margins are profitable. The ratio of total assets to shareholders’ equity is five times. Put another way, profits and losses from changes in asset values are multiplied five times at the shareholder level.

Figure 2 shows the same bank’s balance sheet towards the end of the expansion phase of the credit cycle.

The economy has responded to both monetary stimulation from the government’s deficit spending and interest rate suppression by the central bank. The cohort of bankers has seen a lessening of lending risk and has responded by actively seeking lending opportunities among large corporations. Bankers are now lending increasingly to medium size corporations as well as investment grade rated borrowers where the margins are better. Falling unemployment and growing economic confidence decreases lending risk for credit card and other consumer debt, and the bank has extended additional credit for creditworthy customers. Liquidity from government bonds and bills has been drawn down in order to increase allocation to higher-yielding corporate debt. The balance sheet has expanded to give an overall gearing on shareholders’ equity of 12.5 to 1.

This means a two per cent margin averaged across total assets yields a 25% profit on share capital. But by the time this snapshot is taken, competition from other banks will have likely reduced lending margins generally, and the bank has responded by taking an even more aggressive lending stance, so lending margins overall are likely to be less generous than at the start of the credit cycle and loan quality will have deteriorated.

While shareholders are enjoying excellent returns, it has become a highly risky situation for the bank. The slightest pause in the economic outlook, whether it be from interest rates being raised by the central bank attempting to control the boom, or perhaps an exogenous factor, such as trade tariffs being raised between the bank’s jurisdiction and a major trading partner, will cause the directors of our bank to switch from greed to fear in a heartbeat. In our example, all it takes is losses of 12.5% of the bank’s assets to wipe out shareholders’ equity.

If one bank suspects there may be a deterioration in trade conditions, it is certain that others will as well, because they have similar…

Read the rest of the article by Alasdair Macleod via GoldMoney.com,