THE DECAY AND DECLINE OF THE WHOLE CAPITALIST SYSTEM 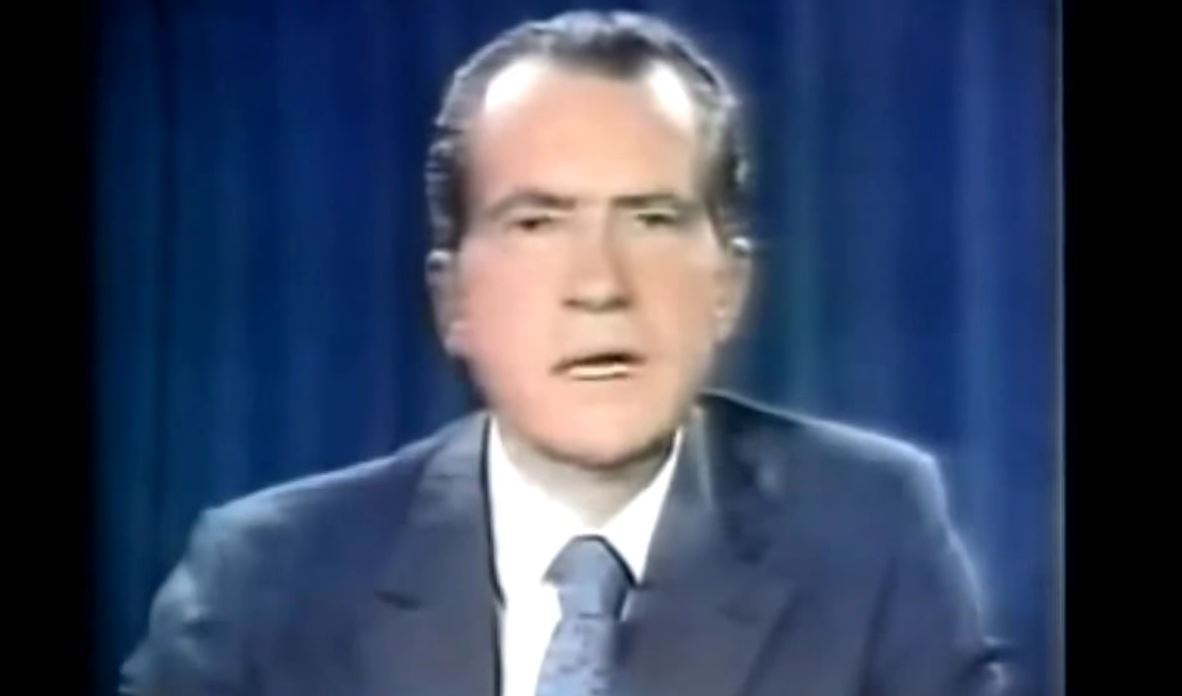 The world is now standing before a seminal moment and virtually nobody can see it. There has not been a more critical moment in the last 50 years or even more than what we are now facing. In 1971, the world faced a similar situation. At that time, only the Chinese understood the consequences of Nixon’s decision to close the gold window.

The People’s Daily in China said in August 1971:

“These unpopular measures reflect the seriousness of the US economic crisis and the decay and decline of the entire capitalist system.”

The paper went on:

“mark the collapse of capitalist monetary system with the US dollar as its prop”…. “Nixon’s new economic policy cannot extricate the US from financial and economic crisis.”

“The policy is meant to fleece the American working people and to shift the worsening of the US financial and monetary economic crisis onto other countries.”

THE DECAY AND DECLINE OF THE WHOLE CAPITALIST SYSTEM

So almost 50 years ago, China predicted “the decay and decline of the entire capitalist system.”

The US economy is running on empty which is no wonder since massive money printing of worthless paper money cannot create any real wealth whatsoever but only inflated paper wealth.

But it is not just the US which is in this position. Because taking away the gold backing of the dollar in 1971, gave all countries a free for all right to print money and expand credit.

I HAVE PERSONALLY WITNESSED THE DESTRUCTION OF MONEY

My business life coincides pretty well with this period, working in a Geneva bank from 1969. So I do remember the start of the destruction of money. Moving later to the UK, I saw the pound collapse against the Swiss Franc from CHF 10 in 1972 to Swiss Franc or CHF 1.20 today, an 88% fall of the pound. And against gold, the pound has lost 99% since 1971.

A period of economic mismanagement and political upheaval in the UK in the 1970s started it all. Annual inflation was 15-17% for a 7 year period and interest rates reached over 20%.

The financial system was minutes from collapsing in 2008 during the Great Financial Crisis. Eleven years later, global debt has doubled and risk has increased exponentially.

Central bankers are aware that the world economy is now standing at a crossroads. The big problem is that they don’t have a choice of what path to take. The path was laid by them many decades back and now there is no way back. The Chinese understood already then where the path would lead.

August 2019 is in many ways similar to August 1971. America was back then in a corner. The country was under pressure after the costly Vietnam war and the gold standard stopped the US from cheating the system by printing money. The rest of the world saw the US’ precarious situation and started selling dollars. To salvage their position, Nixon saw no other way than to take the dollar off the gold standard and this was the start of half a century of global money printing and credit expansion on a humungous scale.

Nixon’s August 1971 decision has led to a crisis of unprecedented proportions. Still, very few people can see that we are now at the point of “a final and total catastrophe of the currency system involved” as von Mises said.

This August is not one single event like in 1971 but a number of very clear indications that all central banks are panicking. Every major central bank is now showing a degree of concern which is unprecedented. They are all telling us that there will be unlimited money printing combined with zero or negative interest rates. This will obviously not clear up 50 years of irresponsible monetary mismanagement.

So what Nixon started will now be finished off by current governments and central bankers in a most spectacular money printing bonanza leading to hyperinflation and a collapse of the financial system.

So far, over 40% of global bonds now yield less than 1% and over $16 trillion worth of bonds have negative interest.

Negative interest rates are of course a total absurdity. They totally destroy the incentive to save and also pensions. In Denmark you can now get a 10 year mortgage with Jyske Bank at MINUS 0.5%. Imagine, you buy a house and the bank charges nothing for the loan but instead lets you pay back less than you borrowed. It will become even more interesting when mortgage rates go to minus 25% so after a few years the debt has been paid by the bank!

US RATES TO DECLINE SUBSTANTIALLY

95% of global bonds are now below the Federal Funds rate. But since that rate is 2.5%, this is a temporary situation. US rates are likely to decline dramatically during the autumn to zero or negative. That will lead to a lower dollar and higher gold. US stocks will also decline from their current dizzy levels, in spite of lower rates.

Lower rates are no longer seen by stock market investors as beneficial for markets but as a sign of economic trouble ahead.

Fed Chief Powell just declared that the “Economy is in a favourable place”. You wonder where that place is since there is nothing favourable about the US economy currently. And it seems that Powell doesn’t believe his own words since in the same breath he says that there are “significant risks”.