The Decade of Debt – Peter Schiff 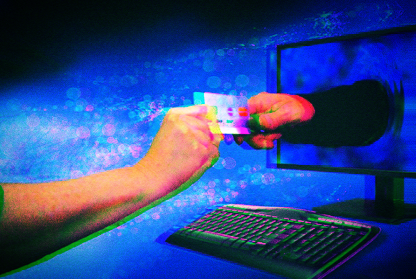 Reuters has dubbed the 2010s the “decade of debt.”

The Reuters report focused on the ballooning levels of corporate debt, but consumer and government indebtedness has skyrocketed over the last 10 years as well. This massive debt bubble poses a significant systemic risk to the financial system and the economy. Some in the mainstream are starting to hint at this, but they still don’t seem to recognize the magnitude of the problem.

Corporate debt has surged to record levels over the last 10 years. Bond issuance by US companies topped $1 trillion every year of the decade that began Jan. 1, 2010. SIFMA, the securities industry trade group, called it an “unmatched run.”

What facilitated this debt binge? As Reuters put it, it was “courtesy of the Federal Reserve’s easy-money policy after the financial crisis. With the easy money-spigot wide open, “companies found it cheaper than ever to tap the corporate bond market to load up on cash.”

So, what did these companies do with all of that borrowed money?

The vast majority was either passed on to shareholders in the form of dividends or spent internally on stock buybacks. According to Reuters:

In the first year of the decade, companies spent roughly $60 billion more on dividends and buying back their own shares than on new facilities, equipment and technology. By last year that gap had mushroomed to more than $600 billion, and the gap in 2019 could be just as large, especially given the constraint on capital spending from the trade war.”

In other words, these companies have borrowed a lot of money, but they have not plowed it back into capital goods. The money is not being invested back into the company for future growth and productivity. What this borrowed money has done is juice the stock market and create the illusion of profitability by boosting earnings per share.

As Reuters put it, “The buy-back boom is credited with helping to fuel a decade-long bull market in US equities.”

It has also injected a tremendous amount of risk into the financial system. Debt rated just above junk status now accounts for more than half of the investment-grade market. That’s up from about a third at the beginning of the 2010s.

The Federal Reserve has even sounded the alarm on the ever-increasing levels of corporate debt. In its most recent Financial Stability Report, the central bank expressed concern about the high level of leveraged loans and what it describes as “weak underwriting standards.” There are more than$1.1 trillion in leveraged loans outstanding. These are loans made to firms already deeply in debt. Think subprime loans for corporations.

A broad indicator of the leverage of businesses—the ratio of debt to assets for all publicly traded nonfinancial firms—is at its highest level in 20 years.”

The Fed hasn’t only incentivized massive corporate indebtedness. It has also blown up debt consumer and government debt bubbles.

In a nutshell, American consumers are driving the economy with money they don’t have.

And then we have the massive national debt that has eclipsed $23 trillion. Fiscal 2019 ended Sept. 30 with the biggest budget deficit in seven years. The shortfall came in just a hair under $1 trillion. Uncle Sam is already on track to top that. Just two months into fiscal 2020, the budget deficit is already 12% bigger than it was this time last year and is hurtling toward that $1 trillion mark.

The US government has only run deficits over $1 trillion four times, all during the Great Recession. We’re approaching that number today, despite what Trump keeps calling “the greatest economy in the history of America.”

To put the debt number into perspective, just last February, the national debt topped $22 trillion. When President Trump took office in January 2017, the debt was at $19.95 trillion. That represented a $2.06 trillion increase in the debt in just over two years.

As we reported earlier this week, it’s not a matter of if these debt bubbles pop, but when. And when they do, it could have a devastating impact on the economy.