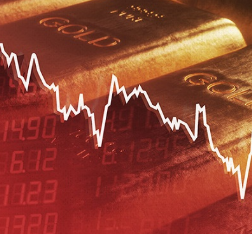 The US Dollar, after collapsing 5% worth of purchasing power before the Fed came and rescued their friends, has recovered (cough) by doing a 50% retracement and is now valued at 97.760, up 29.6 points with the high right here at 97.810 with the low at 97.335. Of course, all this happened after a week on absolute confusion, before 5am pst, the Comex open, the London close, and after the S&P and Dow did a lock limit up while we slept. Yahoo! Nothing like a good night sleep, let’s see how many people are awake, to believe this one after we witnessed 2 separate limit downs this week and in the same markets.

March Silver Deliveries continue to confound with the count now at 540 fully paid for contracts showing a loss of 95 orders either getting receipts or sending those EFP’s to London with yesterday’s trading range between $16.615 and $15.60 with the last trade at $15.87 and with the adjusted closing price at $15.961 where a total Volume of 51 traded. As of this morning we have a trading range for the 27 contracts (the Volume) that already switched hands between $15.765 and $15.405 with the last trade at $15.580. Silver’s Overall Open Interest now sits at 180,080 showing a reduction of 3,297 Overnighters as many believe that only the longs exited and are the only ones causing this as we see things slightly different.

March Gold’s Deliveries is showing another gain in count with the total now at 127 fully paid for contracts proving an increase from yesterday’s swaps that had a trading range between $1,647.50 and $1,566.40 with the last trade at $1,589.30 increasing the count by 15 contracts during the day where 256 receipts or spreads swapped in or out. Once again, the Comex logic is the challenge that will iron itself out when the last bar under the control of the centrals is removed. Gold’s Overall Open Interest really took a drop with the count now at 600,379 Overnighters proving that 30,130 (possible) Short Obligations left the Comex.

Gold has turned positive as we end today’s missive with the trade now at $1,593.00 with Silver still being dragged along at $15.810 with the dollar sharply higher at 98.215. Yahoo! We’re saved again! But from what? Monday starts our Triple Witch Week, with the centrals doing their balancing act as the March Currencies all die together bringing in the new quarter’s trade, aka the June contracts, which becomes the primary trading vehicle. Then Treasuries get rolled over or cashed in with the S&P and the rest closing out at the end of the week. Next week might be something to behold for Silver and Gold as we wait for more emergency print (that is called “NOT QE”) to occur again because the investment arena seems to be complaining about liquidity, regardless of how much has been printed already. Have a safe and restful weekend, have a smile on your face and a prayer in your heart, and as always …