THE CRISIS WILL SINK STOCKS AND PROPEL GOLD 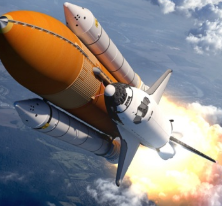 We are now at the end of the only truly global asset bubble in history, fuelled by a debt explosion of epic proportions. Never before have all major economies peaked together, powered by quadrillions of credit creation, money printing and derivatives.

UBER-OPTIMISTIC INVESTORS WILL BE SHOCKED

Although the magnitude of this bull market is greater than anything seen before, the psychology of the current market is similar to previous speculative bubbles whether we take 1929, 1973, 1987, 1999 or 2007. At the stock market peak of these periods, psychology reached uber-optimism. In 1929 for example, the Yale economist Irving Fisher stated in the New York Times: “Stock prices have reached what looks like a permanently high plateau”. Three years later the Dow had lost 90%.

Whether markets peak now or climb slightly higher is irrelevant. Euphoric investors and computers might push the Dow to the psychological level of 30,000 or it might peak here. What is clear is that the turn is imminent whether it happens today or in a few weeks’ time. And once the turn is in, we are likely to see a 90% decline in real terms.

WILL CORONAVIRUS BE THE TRIGGER

The catalyst for the coming market and debt collapse could be a number events. If the Coronavirus doesn’t miraculously stop spreading soon, it could very likely be the trigger for the world economy coming to a halt.

A Lancet study by the University of Hong Kong has estimated that the Chinese authorities have understated the Coronavirus epidemic tenfold. The study calculates a spread rate of 2.68 per case and a doubling in total numbers every 6.4 days.

Instead of the official figures of around 1,100 fatalities, there are other numbers stating 25,000 dead in total or even as high as 10,000 per day. During the 1918 Spanish Flu, 2.5% of the victims died or an estimated 50 million. The Wuhan figures indicate a death rate of 5% which would be extremely serious if correct. But that is very low compared to the Black Death which killed half of Europe’s population in the mid 14th century.

If the number of cases increases as fast as the Lancet estimates, the virus will quickly spread around the world. There are already cases on all continents and so far there are officially 49,000 cases in at least 25 countries. For example, five Britons in a French ski resort were infected by a Brit who had been to a conference in Singapore.

Currently 400 million Chinese are on lockdown. Based on the Lancet figures, all of China could be quarantined in a few weeks’ time.

We must remind ourselves that the Chinese economy is 17% of the world economy and any shutdown of the manufacturing engine of the world will have serious repercussions for the rest of the world. Also, Chinese debt has exploded. It was $2 trillion at the beginning of this century and is now $42 trillion. As the Coronavirus crisis spreads, a major part of this debt is likely to turn into junk.

Since the Chinese authorities are suppressing most data when it comes to the Coronavirus as well as its effect on the economy, it is extremely difficult to ascertain what the real figures are. Based on the various reports we receive, it is quite certain that the real figures are considerably worse than the official ones.

With severe pressures in the US and European financial systems, both the Fed and the ECB have started aggressive QE programmes. China will now have to start a substantial programme of liquidity injections to prevent a collapse of its financial system.

As the world’s manufacturer is on lockdown and a serious pandemic spreading around the globe, the rest of the world seems to live in cloud cuckoo land. It is quite unreal that the Dow just reached a new high and the Dax in Germany was not far from the high.

With world trade potentially about to shut down, stock market investors live on a different planet. For these perma bulls, the bad news is conveniently suppressed and instead the focus is on all the worthless fake money that central banks are creating out of thin air. For some inexplicable reason investors believe that printed money creates wealth. And for a while it has of course as it pushes markets ever higher. But the music is about to soon stop and when it does, the world is likely to go into shock with crashing markets and failing banks on a much greater magnitude than 2006-9.

In bond markets the “flight to safety” has resumed. Investors are piling into US treasury bonds with both 10 and 30 year yields having turned down again and approaching the all time lows. Also, the yield curve has inverted again with short rates being higher than long. A yield curve inversion is normally an excellent predictor of a coming recession.

To me it is incomprehensible how anyone can call a US bond “SAFETY”. This is a debt paper issued by a virtually bankrupt borrower in a currency which will collapse just like most other currencies. There is absolutely ZERO safety in a US bond or any other sovereign bond for that matter. Because these bonds cannot and will not ever be repaid in money that has a real value. The most likely destiny for these bonds is at best an indefinite moratorium or more probably a default. If there was any repayment it would be in totally debased, worthless money.

THE GOLD ERA IS STARTING

Our company entered the physical gold market in 2002 when the price was $300. At the time we recommended up to 50% of financial assets in gold to our investors. Since then gold is up 5-6x in most currencies. Gold has also outperformed all major asset classes, including stock markets, in this century.

Back in the early 2000s I was totally convinced that gold would be the best protection against a precarious financial system. My concerns were vindicated with the 2006-9 Great Financial Crisis. Miraculously, central bankers managed to save the system temporarily. But this has been at a massive cost which has put the system in a much riskier position today. Global debt has doubled from $125 trillion in 2006 to $260 trillion today. When debt doubles, risk increases exponentially.

There are at least 3 dozen risks that could trigger a collapse of the system. If the Coronavirus spreads substantially around the world, this is another factor that could act as a catalyst to crash an already fragile system.

As I already stated, investors are living in cloud cuckoo land. They don’t understand that there are no safe assets today. The bubble markets in stocks, bonds and property are incredibly risky. But few people will realise that until it is too late.

Just look at the Dow. As the Coronavirus is spreading around the world, the Dow gained almost 1,000 points last week. At some point soon, we will see the most massive crash in all stock markets, totally shocking all the perma bulls.

As I said, I was already convinced in 2002 that gold was the best asset to hold as insurance and wealth protection. Holding up to 50% already then was quite aggressive but has proven to be the correct advice.

But today the world is in a totally different position. Although gold is up several hundred percent since the early 2000s, the bull market in gold has barely started. Manipulation in the paper gold market by the BIS (Bank of International Settlement) and bullion banks has held the price down significantly.

In June 2005, William R. White of the BIS in Switzerland, said that one of the aims of central bank cooperation was to use “joint efforts to influence asset prices (especially gold and foreign exchange) in circumstances where this might be thought useful.”

This intervention is likely to fail at some point soon as holders of paper gold ask for delivery. And since paper claims are 100x greater than the available physical gold, this will lead to defaults in the paper gold market and the price of physical gold surging.

It is critical to understand that physical gold has no counterparty risk and is:

The world is now facing the greatest crisis in history. Much less than 0.5% of people are prepared for this. Physical gold (and other precious metals) is the ultimate protection as well as life insurance against the coming collapse of the financial system.