The Coming Regime Of The ECB: Radical Centrism 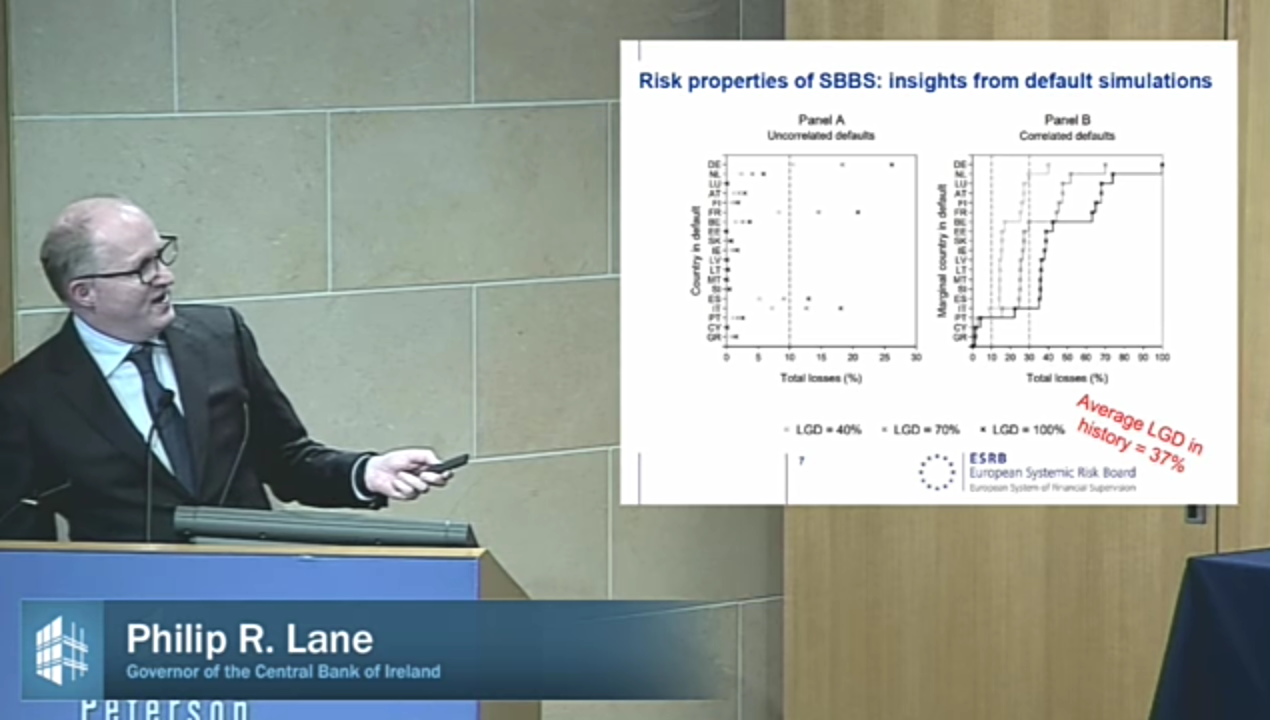 There is a changing of the guard at the European Central Bank this year with two important new appointments.

Philip Lane, the governor of the Irish central bank, was appointed chief economist of the ECB back in June. And and the current head of the IMF, Christine Lagarde, was recently nominated to succeed Mario Draghi as president of the ECB in November.

By all accounts, she is a shoo-in: she is the ultimate insider, having served as French minister of finance before becoming director of the IMF, and she has cultivated excellent relations with the main players in European politics. She’s a favorite of the French and the Germans, seemingly well-liked by many of the smaller European governments. Even Yanis Varoufakis, the former finance minister of Greece who clashed with her over so-called austerity for Greece, testifies to great admiration for the future president of the ECB.

Since we can expect Ms. Lagarde to be appointed with a minimum of opposition, the question arises: what does this mean for future European monetary policy? The announcement of her appointment was greeted with euphoria on financial markets, as it is believed that the ECB will turn even more dovish under her leadership. There can be little doubt that she will follow in the footsteps of her immediate predecessor and “do whatever it takes” to keep the ECB going and European financial markets — and governments — afloat. Nor is there any doubt that she possesses the skill-set to navigate the institutional and international politics required of her new job, as a recent article in the Wall Street Journal makes clear.

This does not answer the key question, however. Even the most mundane technocrat is always guided by an ideology, a worldview or set of ideas that shape how she thinks about what is possible and what is not. What we really need to know is: what ideas will guide Ms. Lagarde when she becomes chief of the ECB in November?

Her own background offers little clue, beyond the fact that she is obviously aligned with the mainstream of European politics. But she is a centrist through and through, ready to cover for corruption and shady dealingswhen finance minister in France. And as head of the IMF, she played a key role in helping the German creditors secure their loans to the Greek government.

The Push for Digital Cash

More evidence about the trend of Ms. Lagarde’s thinking about monetary policy can be gleaned from the research of the scholars who worked under her at the IMF, and the ideas she publicly endorsed as director of the Fund. Consider for instance the speech she gave in November of 2018 at the Singapore Fintech Festival. Here she advocated for the issuance of digital cash by central banks.

The ostensible reasons she gave for this innovation are pretty absurd if one considers them for more than five seconds. For example, who can really take seriously Lagarde’s claim digital cash will enhance privacy if the central bank issues digital currency? We are told the details of how we use the central-bank’s digital cash will only be revealed to the state if required by law, or if the transactions in question seem suspicious. In other words, the veil of anonymity that can be lifted whenever the state decrees it. That’s not exactly a great privacy-protection scheme.

The underlying reason that central banks might wish to enforce some sort of digital currency emerges if we consider the IMF publication Ms. Lagarde cites in her speech.Authored by a bevy of IMF economists, “Casting Light on Central Bank Digital Currencies” is a long, boring document detailing the pros and cons of digital cash. It emerges in the report that the crucial issue for a central bank when considering digital cash is the ability to lower interest rates when faced with an economic crisis. Digital cash is one way to overcome the zero lower bound and push interest rates into negative territory. The IMF is a long-standing advocate of this position, bothon its blog and in working papers authored and published under its auspices with titles such as “Enabling Deep Negative Interest Rates to Fight Recessions” and “Breaking Through the Zero Lower Bound.”

The necessity of negative interest rates in expanding central-bank powers is the conclusion that mainstream monetary economics inevitably leads to. We have already seen it advocated in the US by erstwhile Fed nominee Marvin Goodfriend and most recently by Michael Bordo and Andrew Levin in the Cato Journal. When manipulating interest rates is seen as a key tool in dealing with recessions, you inevitably end up having problems when the interest rate is close to zero. We should therefore not be surprised that scholarship dealing with ways to overcome the zero lower bound has flourished at the IMF under Ms. Lagarde’s direction, nor that she may import these ideas into the ECB — to the extent that they are not already there.

Dr. Lane and the Push For Europe-Wide Sovereign Bonds

This brings us back to the new chief economist, Philip R. Lane, whom Ms. Lagarde is expected to rely heavily on. A highly-regarded economist, Dr. Lane holds the prestigious Whatley chair at Trinity College in Dublin, is educated at Harvard like so many of the high wizards of mainstream monetary thinking. He is widely regarded as a dove and credited with reflating the Irish property bubble when governor of the Central Bank of Ireland.

The real radicalism of Dr. Lane is not his penchant for easy money, however. That comes with the territory as a central bank official in the European Union. The radical innovation we can expect him to advocate is the creation of new Europe-wide sovereign bonds, or sovereign bond-backed securities (SBBS), as he calls them. The reasoning behind introducing these bonds is that European banks hold large amounts of domestic sovereign debt, inhibiting the creation of a common market for banking services and making the banks dependent on their governments for stability and profit.

SBBS is not a new idea Dr. Lane came up with, but something that has been in the works for some years now. The scheme is meant to work as follows: a new EU entity, or perhaps the ECB itself, issues new bonds backed by the sovereign bonds of the governments in the EU. These new bonds can then be divided into senior, mezzanine, and junior tranches, depending on the risks of default associated with them. The senior tranche would be protected from default by the mezzanine and junior tranches, and could be used to replace sovereign debt in the banks’ balance sheets, weaning them from dependence on government debt.

There are several issues with this proposal.First of all, if there were a demand for this kind of rehypothecation of government debt, financial markets would willingly supply it. Second and crucially, SBBS will not wean banks from government debt. On the contrary, instead of domestic governments, banks will become dependent on the centralized financial policies of the EU and ECB. Should SBBS replace domestic government bonds, it will lead to the harmonization of the balance-sheets of all banks across the EU, making European banks vulnerable to shocks originating anywhere in the union. It will also mean a further concentration of power in the financial and political institutions of the EU, making it easier for the ECB to manipulate interest rates and pump money into the economy, in pursuit of the mythical “desirable” level of inflation.

We can expect the ECB to continue down the road of easy money and ever-increasing central control over money and finance that is has already set out upon. While there may be some push-back from national governments resisting further erosion of their sovereignty, this is clearly the development indicated by the monetary thinking at the center of the Lagarde-Lane regime. These are not revolutionary or heterodox ideas, but the logical conclusion of mainstream monetary thought. Since this thought amounts to little more than a sophisticated inflationism, we should not expect provident policy and financial normalcy to return to Europe any time soon. Mises’s verdict is as true of the present rulers of the EU as of the governments of his own time:

All governments are firmly committed to the policy of low interest rates, credit expansion, and inflation. When the unavoidable aftermath of these short-term policies appears, they know only of one remedy — to go on in inflationary ventures.

With Ms. Lagarde and Dr. Lane at the ECB, the European elites are sure to get as much inflation and government intervention in money and finance as they could possibly want. The European workers and consumers will be left facing the disastrous consequences of yet another round of easy money.