The Coming Decade Will Be Bad For Just About Everyone, Except Goldbugs 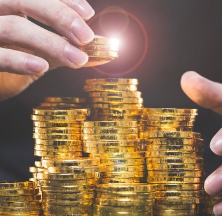 Poetic Justice Coming For The 1%

To understand just how grim the coming decade is likely to be for the world’s super-rich, let’s start with three premises:

1) Capitalist democracy — defined as free individuals managing their own property and periodically electing new leaders — is the only system of social organization that’s consistent with human nature and is, therefore, sustainable.

2) Capitalism inevitably produces inequality as a few participants — through energy, creativity, and (frequently) luck — do extremely well while the vast majority do okay and a few do very badly.

3) Since the big winners — now commonly known as the 1% — are vastly outnumbered by the rest of society, they can only keep their exulted position if they convince the 99% to let them be. If the rich fail to make their case, everyone else will simply vote to expropriate the most visible fortunes.

If you accept these assertions, it follows that enlightened elites would be all about fostering upward mobility, because when people on the lower rungs of the economic ladder know that by working hard and following the rules they can move their families to the next higher rung in a reasonable amount of time, they focus on their on improving prospects and don’t much care if a few billionaires live like princes and kings.

But that’s emphatically not the case these days. The current generation of corporate and political winners have blatantly and systematically exploited nearly everyone else. Amazon, for instance, staffs its hellscape warehouses with RV caravans of migrant senior citizens working long, hard days for subsistence wages. Apple makes its high-margin phones in Chinese sweatshop factories where suicide is the biggest occupational health hazard.

And they do all this publicly, apparently so sure of their virtue that they see no need to hide their predation.

And now, as debts mount and anger builds, the typical response of this “breakaway civilization” is to buy compounds in New Zealand in which to weather the end of the financial world.

Populism becomes the new normal
Why would any voting majority put up with the above? Well, they wouldn’t if they have alternatives. And now the political system is offering plenty, in the form of left and right-wing populism. In virtually every major country there are movements, parties and individual politicians who point out that the system is rigged in favor of the rich an promise to claw back what was stolen. And they’re doing well. Donald Trump, Brexit, France’s Yellow Vest protesters and Bernie Sanders are examples of this process in action, but they’re just the beginning. Every major country will have its Trump or Sanders in the coming decade, which means globalism will be dismantled, marginal tax rates will soar, fortunes will be expropriated, and borders will be closed to free movement of people and/or capital. It will, in short, be open season on the aristocracy.

This of course will lead to an implosion of capitalist wealth creation right out of Atlas Shrugged. Which is to say the 1% will lose twice, first when governments take big chunks of their fortunes, and then when whatever is left evaporates in a global financial crisis.

To sum up, the coming decade will be bad for just about everyone except gold bugs. But it will be the fault of the people who should have seen it coming and could have prevented it.