A new study by crypto mining firm Genesis Mining suggests the majority of U.S. citizens are against the introduction of a Central Bank Digital Currency. A survey conducted by Genesis mining discovered that out of the 400 participants, less than 25% agreed to the proposition that the government should abandon paper money in favor of a digital dollar, while more than half were opposed.

However, the number of CBDC proponents has nearly doubled in 12 months — with only 13% of respondents being in favor of a digital dollar when asked in 2019.

While more than 85% of the survey’s respondents expressed familiarity with crypto assets, many associate virtual currencies with criminal activity, likely contributing to the poor popular support for CBDC.

The survey was published the same week that Cleveland Federal Reserve President Loretta Mester revealed that the Fed has been undertaking extensive research into the risks and benefits of CBDC throughout the COVID-19 pandemic.

The report also identified poor monetary literacy among the general public, finding that 38% of respondents believed the U.S. dollar is backed by gold, bonds, or oil, while an additional 13% simply don’t know. Despite showing disinterest in the monetary policy, inflation was identified as a critical issue by 88% of respondents. 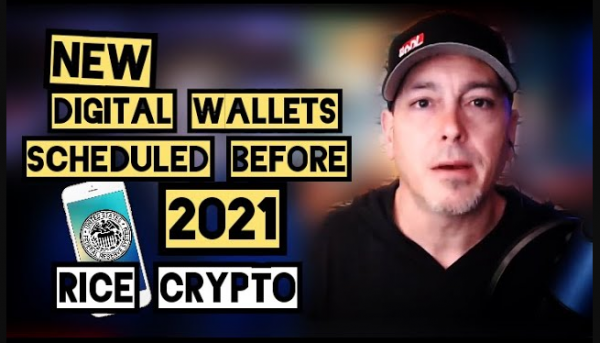 CBDC Digital dollar Rice Crypto RTD Q&A The Central Banks Plan For Our Future
If you enjoyed this post Share it!!!
Previous
Next

The Public Pension Crisis Has Only Gotten Worse

Will the Stock Market Be Dragged to the Guillotine?