The biggest hoax in Economics: How CPI maintenance promotes inequality 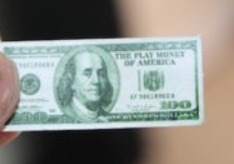 In this third article to this series on inequality, we will see how, by targeting the CPI that ignores productivity-induced price deflation, savings are surreptitiously taken from consumers and handed over to capital owners, mirroring what we saw in the first two articles where the excess money created relative to demand ends up in the hands of Capital in the form of excess profits.

Consumers pay more than needed to incentivize Capital, which benefits by a higher level of profits that is equal to the additional money created by the Central Bank banking system. This article delves deeper into the ‘how’ and why this is potentially a greater problem than simply having to deal with the question of the power over the distribution of the unnecessary spoils between Capital and Labour. I.e., why left wing policies also inevitably fail at maintaining a balance of power, causing policy inevitably to veer to the right time and again.

To briefly recap from the second article, we saw that money is created whenever the bank makes a new loan. By simply borrowing $100 from the bank, you get to pay for your purchases and the seller gets to deposit the $100 into his bank account. And voilà, an additional $100 is created. Economists are generally un-phased by this, as they will argue that both loans and deposits have increased by $100, so what’s the big deal? On net you still have zero and nothing more seems to have been created.

The question, as we saw in that first article, is whether that additional $100 is willingly held as new additional bank balances, as in our example of everyone wanting to hold $12 instead of $10. Or whether people want to maintain $10 and therefore spend away that extra $2 until it is finally absorbed into higher prices as the circular flow finds its new pace. Of course this will mean that people will be forced to hold $12 at the end of the day anyway, as that’s the amount of money in the economy, and you will need $12 as float to pay for the same goods you could have bought with $10 previously.

What we really want to see is the money supply expanding and contracting as people increase and decrease their demand for money balances, as only in that way will the circular flow remain unaffected from monetary effects. Economists refer to such a state as one of a ‘neutrality’ of money, where changes in its supply or demand have no effect on prices. Money should ideally be ‘neutral’ so that the real economy remains unaffected by changes arising from the side of money.

As an aside, most Economists seem not to be aware of the above requirement as a condition for money neutrality. Instead they squabble over whether the money supply should be completely fixed (as in 100% backed by gold) or not, missing the whole point of relativity that hangs on the continuously changing subjective preferences for money balances. They evade this because they have no means of actually measuring this. And what they cannot measure, they cannot see.

Given that we have never really been able to achieve a neutral money under a Central Banking system, most Economists no longer believe that money can be neutral. This is largely based on the observance of the empirical evidence. Any debate over the question is no longer one of how money can be made neutral, which it is obviously not, but one over the empirical evidence of whether it is ever neutral. Do you see the problem? If we hold up so high the god of empirical evidence, we remain forever blinded under its shadow, carrying on as ever before, which only reinforces our view that that is simply the way the World works! For as long as we fail to imagine an alternative world, where the empirical outcomes could be entirely different to the ones actually being observed today, we remain forever stuck in the present one.

Enough philosophizing now, let’s get back down to theoretical matters by thickening the plot with some simple Keynesian analysis.

The core problem of the Keynesian has always been: how to ensure that Investment equals Savings for should Savings exceed Investment, we have a depression.

by Robert Wutscher for 321Gold