The American Lifestyle And Economy: Nothing Is Guaranteed w/ Charles Hugh Smith 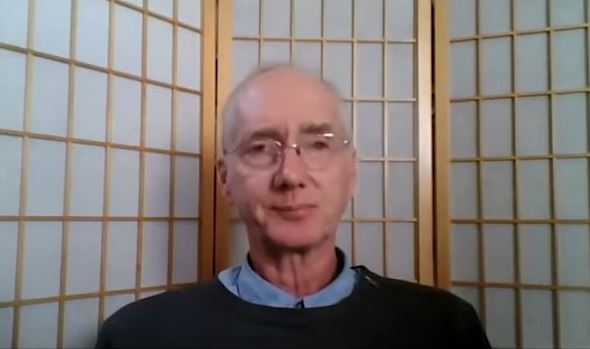 There are no guarantees, no matter how monumental the hubris and confidence…

There are no guarantees, no matter how monumental the hubris and confidence.

The American lifestyle and economy depend on a vast number of implicit guarantees— systemic forms of entitlement that we implicitly feel are our birthright.

Chief among these implicit entitlements is the Federal Reserve can always “save the day”: the Fed has the tools to escape either an inflationary spiral or a deflationary collapse.

But there are no guarantees this is actually true. In either an inflationary spiral or deflationary collapse of self-reinforcing defaults, the Fed’s “save” would destroy the economy, which is now so fragile that any increase in interest rates (to rescue us from an inflationary spiral) would destroy our completely debt-dependent economy: were mortgage rates to climb back to historical averages, the housing bubble would immediately implode.

Hello negative wealth effect, as every homeowner watches their temporary (and illusory) “wealth” dissipate before their eyes.

The Fed’s “fix” to deflationary defaults is equally destructive: bailing out too big to fail lenders will spark a political revolt that could topple the Fed itself, as the populace has finally connected the dots between the Fed bailing out the banks and financiers and the astounding rise in income and wealth inequality.

Other than the phantom “wealth” of real estate and stock bubbles, the vast majority of the ‘wealth” generated by the Fed’s actions of the past 20 years has flowed to the top 0.1%. This will become self-evident once the phantom gains of speculative bubbles vanish.

The Fed’s other “trick” to halt a deflationary collapse is negative interest rates, in effect taxing savers and those holding cash and rewarding those who borrow.

And how can lenders earn any return if borrowers are getting paid to borrow?Who exactly will pay borrowers to borrow more at negative rates?

As noted here many times, you can’t force people to borrow more who don’t want to borrow more, and you can’t make uncreditworthy entities creditworthy. Lending to marginal households and enterprises just for the sake of lending to somebody only increases the defaults as marginal borrowers are the first to default and own the least collateral.

Nothing the Fed could do will restore a fragile, speculation-dependent debt-bubble economy to any sort of health. Whatever the Fed does, it further distorts a massively distorted system, increasing the odds of a catastrophic re-set.

Another implicit guarantee / entitlement is that the federal government can bail us out of anything by borrowing a couple of trillion dollars–hey, make it $10 trillion or $20 trillion–and distribute the free money so everything stays glued together for another few years.

But there are no guarantees that the federal government, or any government, can borrow vast sums with no consequences. If interest rates are near-zero (so the government can borrow more trillions at low rates), then capital earns no return: a structural distortion that eventually destroys the economy as capital is forced into speculation, a move which always ends badly.

If capital earns a real return on all this rapidly expanding debt, then government soon spends most of its revenues on interest, starving all other programs, and forcing the government to a self-reinforcing debt spiral as all future interest and spending must be borrowed.

Here’s a snapshot of reality: the Fed has inflated a third and final speculative debt-fueled bubble:

And here’s how bubbles deflate: in a stairstep down of failed rallies and manic hopes dashed by reality:

There are no guarantees, no matter how monumental the hubris and confidence.