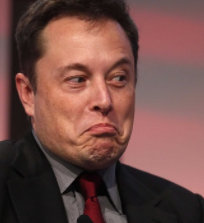 The professional investor crowd sees this and laughs saying “this is insane, and it shows the market is about to top.”

I see it, and it tells me, we are about to enter a TRUE stock market mania.

Put another way, TSLA is signaling that after more than two decades, individual investors are coming back into stocks.

The financial media likes to talk about stocks as though everyone on the planet owns them. It’s true that roughly half of American households have exposure to the stock market, but almost all of this exposure is based on indirect purchases via 401(k)s and other stock-based retirement accounts.

The last time they did, was at the height of the Tech Bubble, the largest stock market bubble in history. A bubble driven by loose money from the Fed and a technology revolution. A bubble that saw individual stocks rising by 25% or even 50% in a single day.

That was the kind of bubble that required individual Americans to get “stock crazy” to the point of opening individual brokerage accounts to start day trading. At the height of the Tech Bubble a little over a little over one in five Americans were doing this.

We all remember what followed, the Tech Bubble burst and stocks went roughly NOWHERE for the better part of 20 years.

TSLA is changing all of this. Its explosive market gains and popularity are great enough that it has caught the attention of the general population in ways no stock has done in decades.

People are getting TSLA tattoos. People with absolutely ZERO experience in investing are talking about it. And they are starting to open brokerage accounts.

This is just the beginning. We are about to enter a stock market mania not seen since the Tech Bubble. And before it ends, I expect we’re going to see a mania unlike anything else.

If you think this sounds crazy, consider that during the Tech Bubble stocks rose over 840% before the bubble burst.

Now consider that if the newest bull market only just began in 2013 (and it did, prior to that stocks had gone nowhere for 20 years), then technically stocks are only up about 110% since the bull market began!

Look, I realize this all sounds completely insane. The media claims stocks have been in a bull market since 2009, that we are currently in the longest bull market in history.

But this is false and fear mongering. Stocks are nowhere near the manic levels required for a major market top. The AAI sentiment survey has never even cleared 40% bulls.

During major market manias this sentiment gauge routinely hits 70% bulls or even 80% bulls.

And TSLA is the match that has lit the fuse.

This will be the last truly great market mania, the last bull market, of our lifetimes. When it ends, the ensuing bear market will be 10+ years long.

On that note, today is the last day our Special Report The Last Bull Market will be available to the public.

In it we outline how the bull market will unfold… which investments will perform best… and a unique play on stocks… a single investment… that has already returned 1,300%. And we believe it’s poised to more than TRIPLE in the next 24 months as the stock market roars higher.

We extended our deadline for this report based on the market hitting new all time highs this week, but this is IT. No more extensions.