Subprime Will Be Back With A Vengeance In 2020 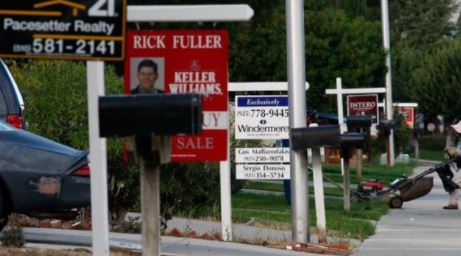 One of the lasting legacies of the economic collapse a decade ago is subprime. After lying dormant for several years in the aftermath of the Great Recession, the subprime market has returned with a vengeance. Everything is subprime nowadays as banks, finance companies, and unconventional lenders are less averse to risk and are willing to extend credit to consumers with low FICO scores and inadequate incomes. As the great Yogi Berra used to say, “It’s déjà vu all over again.”

In The Moody For Subprime

If you have poor credit and an interest in a home that is above your paygrade, then have no fear!

Moody’s Investor Service is out with a new report that predicts mortgage lenders will loosen their lending standards. In 2020, it is anticipated to be a lot easier for borrowers with bad credit to purchase a house as financial institutions attempt to offset the decline in affordable housing options.

Will the housing market be drowning in so-called liar loans – minimal income and document verification – over the next 12 months? Not quite, but Moody’s analyst Donald Lee wrote in the firm’s outlook that there will be “a high percentage” of loans with “limited or alternative documentation.”

Although most of the $11 trillion mortgage finance market consists of tight underwriting standards, you can anticipate an influx of unconventional loans that briefly exited the market following the housing crash. This means that new originators and issuers will set up shop and conduct transactions that are supported by closed-end second mortgages, home equity lines of credit (HELOCs), and loans backed by manufactured homes.

When you factor in banks lowering their down payment requirements and Fannie Mae and Freddie Mac scooping up greater mortgages, the prognostications are most likely accurate. Plus, the increase in the number of consumers slipping into the subprime category has been steadily going up. Deutsche Bank data show a drop in credit scores for borrowers between the ages of 30 and 59.

But that is not all. The forecast also suggests that many of these subprime mortgages will be packaged into bond agreements without government financing. While Moody’s stopped short of citing a number, Bank of America Global Research analysts project a record $32 billion in bond issuance in 2020, up from $9 billion in 2018.

Subprime is prevalent in every facet of the credit industry. Indeed, we should be terrified of subprime mortgages leading to another day of reckoning. However, it is the subprime auto loan market that could be one of the drivers of the next financial crisis. And we are beginning to see the warning signs of a crash.

As Liberty Nation reported, subprime accounts for approximately one-third of the overall auto loan market. In the first half of 2019, a fifth of new auto loans went to subprime borrowers, totaling roughly $61 billion. So far, the results have not been pretty as more consumers are defaulting within the first few months of borrowing, leading to these loans being packaged into bonds.

Santander Consumer USA Holdings, one of the biggest subprime auto lenders, is witnessing a growing percentage of subprime auto loans defaulting at the fastest pace since 2008.

Banks and finance companies are adding fuel to the fire by increasing the length of these auto loans. Today, the average subprime new car loan is 72.9 months; some loan terms have reached 84 months. This signals that lenders are willing to take on more risk by waiting longer to be repaid. What has happened, however, is a dramatic spike in underwater trade-ins, known as a trade-in treadmill, which are vehicles that have little to no equity.

Investors may need to prepare for a head-on collision with this segment of the financial market.

I Am Optimus Subprime

The deteriorating credit conditions may surprise a lot of observers because of the booming economy. Despite more scores slipping and the quality of reports tumbling, credit demand remains strong as consumers continue to gorge on debt – total consumer debt jumped $18.6 billion in October, double from September. A recent Federal Reserve Bank of New York (FRBNY) report has also noticed an interesting trend: Rejection rates for credit cards, mortgages, and mortgage refinancing have declined compared to last year. Lenders, enabled by the central bank’s easy money policies, are satisfying the appetites of these debt-addicted consumers, even if they cannot afford it. Does it come as a shock then that across-the-board delinquency rates are incrementally rising? The only solution to this, it seems, is to feed the beast until its belly explodes.

Authored by Andrew Moran via LibertyNation.com,