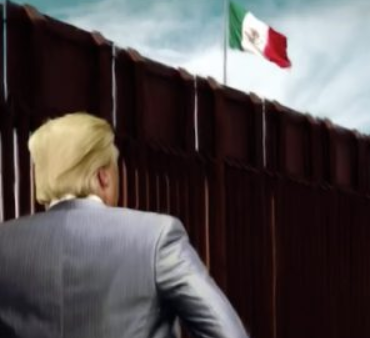 Taxpayers in the ten states with the smallest foreign-born populations are still burdened by a cost of about $454 million every year to pay for various social services for illegal aliens and their United States-born children.

Those 88,000 illegal aliens across these ten states, along with about 35,000 of their U.S.-born children, are costing American taxpayers about $454 million every year, with each illegal alien costing anywhere between $4,000 and $6,000.

“To put that figure into context, that $454 million expenditure is more than 200 times what the state of Montana budgets for its entire Veterans Affairs program and it is 2.5 times the total sum that West Virginia invests in its state university,” the FAIR study notes.

FAIR researchers say the $4,000 to $6,000 cost of each illegal alien in these low-migration states means that social programs for American veterans, disabled Americans, and U.S. citizen children could be receiving “significantly more funding” if not for the statewide cost of providing these same services to illegal aliens.

The cost to taxpayers for the U.S.-born children of illegal aliens, commonly referred to as “anchor babies,” is particularly burdening on small towns’ school systems in low-migration states like Maine.

In Lewiston, Maine, for example, the school system has been forced to absorb an enormous population of either migrant children or the non-English speaking U.S.-born children of illegal aliens, who need English as a Second Language (ESL) lessons:

Over the past 15 years, more than 7,500 migrants – most of whom are refugees from dozens of different countries – have resettled in the town, which has a population of less than 40,000. As is often the case, residents and city officials had no say in the resettlement process and little warning that these migrants were going to be placed in their community. According to former Mayor Laurier T. Raymond Jr., the city became “maxed-out financially, physically, and emotionally.” [Emphasis added]

The public school system in Lewiston crumbled as a result. In 2004, roughly 95 percent of all students were considered “proficient” in the English language. But by 2017, nearly 30 percent of the students were designated as Limited English Proficiency — three times more than the national average. And teachers have been forced to find a way to instruct a student body that speaks 34 different languages. In order to adequately educate the growing number of migrants moving to the state, Maine will need to increase its number of LEP-qualified teachers by as much as 110 percent. [Emphasis added]

Another example, reported by Breitbart News last year, is the small town of Worthington, Minnesota, which has been forced to absorb a steady flow of migrant children who arrived at the U.S.-Mexico border alone.

Taxpayers of Worthington voted to hike taxes in order to increase funding for their local school system due to the influx of mass immigration that has led to larger class sizes and teachers sometimes using old storage closets as classrooms.

Illegal alien births to their U.S.-born children cost American taxpayers nationwide about $2.4 billion every year. Roughly one-in-four births that are paid for by taxpayers are those to an immigrant, legal or illegal. This accounts for 429,000 immigrant births every year that taxpayers subsidize. Illegal aliens births of anchor babies make up 11 percent — or about 198,000 births — of all births that are paid for by American taxpayers.

In 2019, there were nearly 400,000 illegal alien, tourist, and temporary worker births to U.S.-born children. The birthright citizenship policy ensures that all of these children are provided immediate American citizenship, which can be later used to sponsor their foreign relatives for an unlimited number of green cards.

Today, there are at least 4.5 million anchor babies in the U.S. under 18-years-old, exceeding the annual roughly four million American babies born every year. Likewise, there are 11 to 22 million illegal aliens living in the U.S., costing taxpayers at least $132 billion every year.

by Sean Walton for The Daily Sheeple