Student First Tested Negative For Coronavirus In Canada, But Later Turned Up Positive 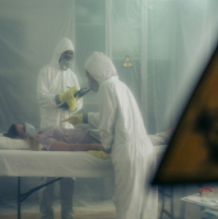 Though the class of “coronavirus” is one of the most common the world over, the strain that originated from Wuhan, China, and is now spreading across the globe is confounding health researchers and experts.

Case in point: A female student from Wuhan first tested negative after arriving in Canada, but later tested positive, making her the country’s fourth case as of this writing.

The South China Morning Post reported that the woman, a university student in her 20s, recovered quickly, but noted that health officials are nonetheless scrambling still to get ahead of the quickly-moving infection.

The female university student in her 20s arrived in Toronto on January 23 from Wuhan, China, the epicenter of the outbreak. Initially asymptomatic, she reported to hospital the next day, where she initially tested negative. A second test at Canada’s National Microbiology Laboratory in Winnipeg, Manitoba, confirmed the case as positive.

“It is clear that we are learning more and more about the coronavirus each day, and our testing procedures are evolving and getting more and more precise,” Ontario’s Chief Medical Officer of Health Dr David Williams said in a statement after a news conference in Toronto, the Post reported.

The Centers for Disease Control and Prevention in the U.S. noted that although strains of coronavirus are common around the world, the current outbreak involves “a novel (new) coronavirus first identified” in Wuhan.

“Coronaviruses are named for the crown-like spikes on their surface. There are four main sub-groupings of coronaviruses, known as alpha, beta, gamma, and delta,” the agency says in an explainer on its website. “Human coronaviruses were first identified in the mid-1960s.”

The agency notes further that it’s common for people the world over to become infected by one of seven types of identified coronaviruses. But, the CDC added, “Sometimes coronaviruses that infect animals can evolve and make people sick and become a new human coronavirus.”

The SARS (Severe Acute Respiratory Syndrome) virus was one such virus that infected animals first and then evolved, spreading to humans.

“SARS coronavirus (SARS-CoV) – virus identified in 2003. SARS-CoV is thought to be an animal virus from an as-yet-uncertain animal reservoir, perhaps bats, that spread to other animals (civet cats) and first infected humans in the Guangdong province of southern China in 2002,” the World Health Organization reported on its website. The agency noted that SARS spread to 26 countries resulting in more than 8,000 cases — fewer than the current coronavirus epidemic.

It’s not clear whether the virus linked to the current outbreak in Wuhan originated in animals, but researchers are continuing to study the cause.

Meanwhile, as the South China Morning Post noted further, health experts have said there’s no “hard evidence” that someone without any symptoms of the disease is actually infectious, though some health agencies have reported that. That said, there is still much that is unknown about the infection and how it truly is spread.

Other viruses, like the influenza virus common to the United States, can be spread from person to person. That could be why the WHO has warned, according to Natural News founder Mike Adams, the Health Ranger, that the coronavirus is a pandemic set to go global.

With an 8th coronavirus infection patient now confirmed in the United States, the coronavirus pandemic looks on track to break containment in multiple countries and become a global pandemic.

That’s probably why today, the World Health Organization issued an urgent warning to the countries of the world, urging nations “to be ready for a domestic outbreak” of the coronavirus. This statement was issued by WHO official Geuden Galea, speaking to the Associated Press.

Separately, the medical journal The Lancet warned, “Independent self-sustaining outbreaks in major cities globally could become inevitable because of substantial exportation of presymptomatic cases and in the absence of large-scale public health interventions.”

Article written by by JD Heyes for Natural News