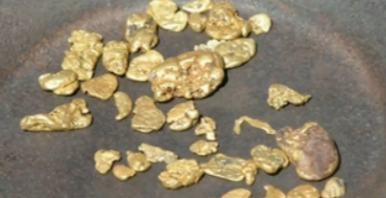 The coronavirus crisis is perhaps the real “Black Swan” that no one saw coming.  While the virus pulled the trigger on the loaded weapon aimed at the stock market, it’s not the cause of the fastest 10% decline in the history of stock market.  Using “as adjusted” GAAP accounting applied to the current trailing 12-month SPX earnings to make them comparable to the GAAP standards applied to 1999 earnings, this was the most overvalued stock market in U.S. history.

While Fed officials and Wall Street story-tellers rejected the notion that the stock market was in a bubble, this table from Crescat Capital demonstrates the stock market’s extreme degree of overvaluation:

The SPX is at an all-time high in five of eight valuation metrics.  However,  I would argue it’s really 6 of 8. The “adjusted” P/E (CAPE) used by Robert Shiller is in the 96th percentile of high valuation.  But if the historical earnings of the SPX were adjusted using 1999 GAAP, the current “Shiller P/E” ratio would at an all-time high. This is because GAAP standards for recognizing income have become considerably more lenient over the last 21 years.

A metric more suited to comparable analysis across time is the median enterprise value (market cap + debt) to sales ratio. The revenue line is the least affected by GAAP.  For the most part (there are exceptions), sales are what they are.  Currently the median EV/sales ratio is 3.6x. This is double what it was at the peak of the dot.com/tech bubble.

It was just a matter of time before the stock market fell off its valuation cliff.  Meanwhile, the precious metals and mining stocks ripped lower last week. Several subscribers asked what was going on given the expectation that at least gold and silver should have benefited from cash seeking a safe haven.  But, as with the general stock market, the precious metals sector was set up technically for a correction.

When hedge funds face margin calls they start to dump anything in their fund that has a reasonable bid. The sheer force of the stock market sell-off took everything with hit.  Most NYSE stocks, including mining stocks, have a bid.  Most CME futures contracts, especially paper gold and silver, have liquid bids. Hedge funds have large leveraged positions in illiquid subprime high yielding garbage which have no bid in a highly turbulent market.  The Fed’s repo/QE operation since September has enabled hedge funds to maintain these morally hazardous illiquid investments rather than forcing the funds to pare back.

Furthermore, the HGNSI (Hulbert Gold Newsletter Sentiment Index) had jumped over 70. The mining stocks and gold/silver ALWAYS correct when the HGNSI is over 60. The week before last the entire precious metals sector went straight up in a “flight to safety” move. With sentiment off the charts, the pullback is healthy because it sets up the next big move, especially as it becomes obvious that the Fed will attempt to fight a bear market in the stock market by taking the Fed Funds rate to zero and upsizing its current QE money printing agenda.

The Dow could drop to 17,000, which is where it was trading when Trump labeled the stock market “a big, fat ugly bubble” in late 2016, and still be egregiously overvalued based on fundamentals. India’s massive gold appetite was muted this past week after the big move gold had made the previous week thereby making it easier to push gold and silver lower. This is characteristic of India’s buying pattern. With the smash in gold, India will back in play next week which should at the very least insert a floor under the precious metals sector.

The Fed seems to time it’s reinsertion of the Fed put strategically at a time when the stock market is technically highly oversold. December 26, 2018 is a perfect example. Of course it’s no coincidence that the Fed caved in on Friday and posted a notice on its website BEFORE the stock market closed that it would use its tools and “act as appropriate to support the economy.” Translation: “we’re telling you we’ll print money to support the stock market and we wanted to get the ball rolling on Friday before the market closes with the Dow down 900 points.”  Of course, the Dow proceed to  rally over 500 points going into the close.

I expect a dead-cat bounce in the stock market that may or may not last all week. If the Fed increases the amount of money spewing from its printing press it might extend the DCB longer than a week. The precious metals sector should benefit from this and it might even continue higher when the stock market inevitably takes another turn for the worse and heads toward “bear market” territory.  For precedence on this pattern, see the fall of 2008.