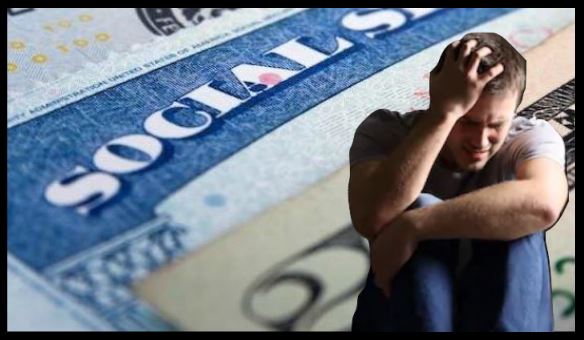 Social Security is a textbook illustration of how government programs go off the rails.

It had a noble goal: to help elderly and disabled Americans, who can’t work, maintain a minimal, dignified living standard.

Back then, most people either died before reaching that point or didn’t live long after it. Social Security was never intended to do what we now expect, i.e., be the primary income source for most Americans during a decade or more of retirement.

Life expectancy when Social Security began was around 56. The designers made 65 the full retirement age because it was well past normal life expectancy.

No one foresaw the various medical and technological advances that let more people reach that age and a great deal more, or the giant baby boom that would occur after World War II, or the sharp drop in birth rates in the 1960s, thanks to artificial birth control.

Those factors produced a system that simply doesn’t work.

A few modest changes back then might have avoided today’s challenge. But now, we are left with a crazy system that rewards earlier generations at the expense of later ones.

I am a perfect example.

I’ve long said I never intend to retire, if retirement means not working at all. I enjoy my work and (knock on wood) I’m physically able to do it.

Social Security let me delay collecting benefits until now, for which I will get a higher benefit—$3,588 monthly, in my case.

Now, that $3,588 I will be getting each month isn’t random. It comes from rules that consider my lifetime income and the amount of Social Security taxes I and my employers paid.

What did those taxes really buy me? In other words, what if I had been allowed to invest that same money in an annuity that yielded the same benefit? Did I make a good “investment” or not?

That is actually a very complicated question, one that necessarily involves a lot of assumptions and will vary a lot among individuals.

While this may not sound like much, it actually is. Even 1% real return (i.e., above inflation) with no credit risk is pretty good and 3.84% is fantastic. If I live past 90 it will be even better.

But this is not due to my investment genius. Four things explain my high returns.

But maybe most of all because

Social Security structurally favors its earliest users. The big winners are not the Baby Boomers like me, but our parents.

They paid less and received more. But we Boomers are still getting a whale of a deal compared to our grandchildren.

Such a person is not going to get anything like the benefits I do, especially with benefit cuts, which my friend Larry estimates will be as high as 24.5%.

So, if this person lives an average lifespan and gets only those reduced benefits, his real internal rate of return will be -0.23%.

I suspect very few in the Millennial generation know this and they’re going to be mad when they find out. I don’t blame them, either.

The reason Millennials won’t see anything like the benefits today’s retirees get is simple math. The money simply isn’t there.

The so-called trust fund (which is really an accounting fiction, but go with me here) exists because the payroll taxes coming into the system long exceeded the benefits going to retirees.

That is no longer the case.

Social Security is now “draining” the trust fund to pay benefits. This can only continue for so long. Projections show the surplus will disappear in 2034. A few tweaks might buy another year or two. Then what?

Well, the answer is pretty simple. If Congress stays paralyzed and does nothing, then under current law Social Security can only pay out the cash it receives via payroll taxes. That will be only 77% of present benefits—a 23% pay cut for millions of retirees.

And please understand, there is no trust fund. Congress already spent that money and must borrow more to make up the difference.

This IS going to happen. Math guarantees it.

These problems would be less serious if more people saved for their own retirements and viewed Social Security as the supplement.

There are good reasons many haven’t done so. Worker incomes have stagnated while living costs keep rising.

But more important, telling people to invest their own money presumes they have investment opportunities and the ability to seize them. That may not be the case.

The prior generations to whom Social Security was so generous also had the advantage of 5% or better bond yields or bank certificates of deposits at very low risk.

That is unattainable now. And let’s not even talk about mass numbers of uninformed people buying stocks at today’s historically high valuations. That won’t end well.

So, if your solution is to put people in private accounts and have them invest their own retirement money, I’m sorry but it just won’t work.

It will have the same result as those benefit cuts we find so dreadful: millions of frustrated and angry retirees.

So, what is the answer if you are in retirement or approaching it? The easiest answer is to raise the retirement age. Yes, that’s really just a disguised way to cut benefits, but making it 70 or 75 would get the program a lot closer to its original intent.

(Note, I would still leave the option for people who are truly disabled to retire younger. I get that not everybody is a writer and/or an investment advisor who makes their living in front of the computer or on the phone. Some people wear out their bodies and really deserve to retire earlier.)