SLAUGHTERED: Just When The News Couldn’t Get Any Worse, Here Comes THE Stock Market Crash…?!? 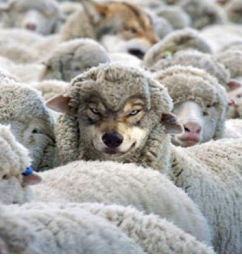 I said goodbye to my mom on Saturday. I also got to see some family members I haven’t seen in years.

And it got me to thinking.

My family is spread out all over the United States, and I do mean that quite literally, from Hawaii to Pennsylvania and all in between.

Saying goodbye to my mom, for my family at least, meant thousands of miles of travel.

I’m starting to think about travel.

You see, the trip for my family was quite light, and driving conditions were absolutely perfect.

It’s a less than four and a half hour drive, which is possible with one stop, but stopping a couple of times makes the drive more like five hours.

The drive could be done with only a combat pit stop on a some side road in a bug-out scenario, but thank God we’re not at that point.

At least, not yet.

I’m starting to think about travel in so many ways.

For example, when you’re travelling and your days are full from dawn until well into the night, you don’t necessarily keep up with the news.

And in a time like this, keeping up with the news is something that could become super critical because the news could be changing rather quickly, and one could find themselves stranded, locked-down, in quarantine, or, dare I say under Martial Law?

Thank God we’re not at that point.

At least, not yet.

Upon returning home, I fired up my trusty PC and went to see what I missed.

The news was not good.

Not good at all.

So I posted this article:

Pretty soon it will be hard to keep up with all of the news, even if keeping up with it on a daily basis, and ultimately, keeping up with the news is about to take on a whole new meaning anyway as people all around the world start honing-in on the news at the local level.

Upon catching up with the news, I started thinking about travel even more, and then came a discussion with wifey.

You see, we had been planning a family trip to California this summer, but just yesterday, we decided to cancel that trip altogether.

OK, “Hey Half Dollar, nobody cares about your stupid family reunions or your summer vacations, so could you just get on with your point already?”.

That is my point.

People, my family included, have begun to alter their plans for things that are months out, especially if those plans include any significant travelling, or travelling to specific areas.

For over a month, I’ve been saying that if the risk of a global pandemic is real, then get ready for a global depression.

Now, we can take out the first part, and let’s just say it like we need to say it: Get ready for a global depression.

People are starting to alter their behaviors in big ways, and when I say big ways, I mean defensive ways, and this behavior modification has really only just begun.

Just wait until the sheeple get spooked.

In the article I wrote and published yesterday at 12:55 p.m. EST, I ended the article like this:

I may not be able to nail every call, but golly, I will hit water if I fall out of a boat!

I arrived at the imminent surge conclusion based on fundamental analysis, and sure enough:

Is the fear trade on?

If so, then it’s not the technicals driving gold right now, but rather, the fundamentals.

I’m starting to think the same thing about the stock market.

And if I could digress once more, here’s something else to think about when it comes to travel, using a hypothetical example.

Let’s say the Olympics go on as planned, which I do not think will happen because I think they will be cancelled, but let’s assume in this example that there’s a 14 day quarantine for anybody going into Japan.

If people were going to take a three day, five day or even a two week vacation to Japan, what’s the added total cost, on net, of having to arrive 14 days ahead of the planned vacation?

Furthermore, what happens to the total cost if said Olympic goer is from a country that has a mandatory 14 day quarantine upon return form anywhere in Asia?

In other words, if a person was taking a three day vacation to Tokyo, Japan, for the summer Olympics this July, but, hypothetically speaking, are must spend one month in quarantine, how is that even possible?

I mean, sure, people can be super inefficient in that they can spend two hours cooking dinner and a half an hour cleaning-up after scarfing down the meal in five minutes, but are people really going to live their lives so inefficiently that they’re willing to spend a month in quarantine for a three day vacation?

I don’t think so.

Check-out this gap-up in the VIX:

That’s not good for the stock market bulls who think the Fed’s got their backs.

Especially if the cartel lets the fundamentals actually exert themselves naturally:

People who have wrongly put their faith and trust in the Fed and the government will be financially devastated.

Furthermore, in my opinion, there is not an insignificant number of Gen X’ers who will stand for the continued propping-up of the stock market at the expense of literally slaughtering the savers.

Get ready for all-time record low yields on the 10-Year:

We’ll likely get there this week, if not this very day.

There is a ton of stuff on the shelves of American stores right now, but there likely won’t be for long because remember – the US dollar has already been hyperinflated, only the Fed and the US government decided where it would go, which was mostly to Wall Street and their own pockets, but now, on top of the dollars that have already been printed, we’re about to print a crap ton more!

Copper is rolling over:

At this point, however, everything is fair game, and since raw materials and goods aren’t free-flowing around the world as they had been free flowing, it’s quite possible we see a different price for the red metal based on regional availability at the time of need.

In other words, “futures markets” as we’ve come to know them in general could be running their course.

Again, we’re in a whole new world here, so it’s quite possible the price of crude oil could be going down, but based on regional availability and the flow, or lack of flow, of goods & services, including crude oil derivatives such as gasoline and diesel, we end up paying more than what the underlying price would suggest.

And again, again: We could be looking at a complete paradigm shift in the way commodities are priced.

All the while, the cartel is left to trying to make platinum look like it’s just some industrial commodity with falling demand:

Deep-pocketed investors have been given a nice little dip here, assuming platinum catches a safe haven bid right along with gold & silver, which I do assume.

I don’t think investors move into palladium as a safe haven bid until gold, platinum and silver catch up:

The other three precious metals have a ton of catching-up to do, especially silver.

Which, for several reasons, may not even stop at parity with gold:

Silver is money, unlike the Federal Reserve Note, which will seek out money, but not only that, for silver is also catching a bid for its use in bio-medicine.

That bid will only get stronger as time goes on.

Investors with an ounce of gold in their pockets still have a chance to score free gold at the end of the cycle:

The gold-to-silver ratio will not, in my opinion, stay at these levels for much longer at all, and what it comes down to now is a question of “how low will it go”?

Gold is, and will remain, bid:

When owning gold, it’s only physical gold in-hand, however, that has zero counter-party risk.

Millions of people are ’bout to learn about paper crap versus physical gold the hard way.

Bottom line as we find ourselves here this beautiful Monday in late February?

As this month comes to an end, people are now modifying their plans.

If the stock market crashes, even more people will modify plans.

Fundamentally, the stock market is poised for the crash..

My gut is telling me that the crash is imminent.

It would add to the massive chaos all over.

Which began as we ended last year.

American Globalists do love this.

Globalists love it even more.

But what about sheeple?

Um, well, about them.

Article written by Paul “Half Dollar” Eberhart  for Silver Doctors