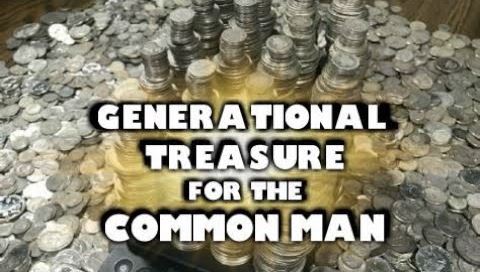 While gold gets most of the headlines (for good reason), silver is often ignored. Silver is sometimes referred to as “poor man’s gold.” But it shouldn’t be ignored. Silver has a long history as a monetary metal. It also has many industrial applications that make it valuable. Today, we’re going to take an in-depth look at this important metal.

The Roman Republic and the later Roman Empire minted a popular silver coin called the denarius. One denarius was the daily wage for unskilled labor and Roman soldiers. Of course, in the late Empire, it was debased by mixing silver with base metals. The decline of the Roman Empire went hand in hand with the decline of sound money.

Silver was also an important monetary metal in China, adopted to end hyperinflation caused by the overissuance of paper money. In the early ninth century, Charlemagne greatly expanded silver coinage to compensate for a shortage of gold. This was successful in stimulating the economy of the predecessor of the Holy Roman Empire.

In a sense, Charlemagne was the inventor of quantitative easing over 1,000 years ago. Silver was his preferred form of money. 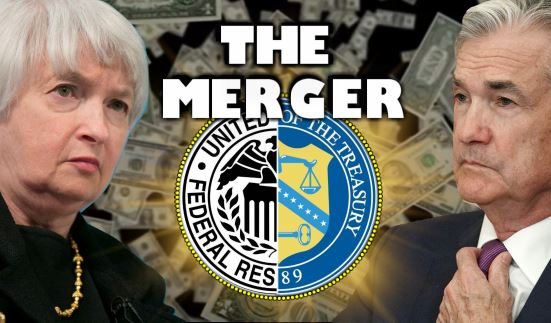 Under the U.S. Coinage Act of 1792, both gold and silver coins were legal tender in the U.S. From 1794 to 1935, the U.S. Mint issued “silver dollars” in various designs. These were widely circulated and used as money by everyday Americans. The American dollar was legally defined as one ounce of silver. The American silver dollar of the late eighteenth century was a copy of the earlier Spanish Real de a O-cho minted by the Spanish Empire beginning in the late sixteenth century. It became a benchmark for the U.S. monetary system long before a gold standard was formalized in the U.S.

The English name for the Spanish coin was the “piece of eight,” (ocho is the Spanish word for “eight”) because the coin could easily be divided into one-eighth pieces. Until 2001 stock prices on the New York Stock Exchange were quoted in eighths and sixteenths based on the original Spanish silver coin and its one-eight sections.

Until 1935 U.S. silver coins were 90% pure silver with 10% copper alloy added for durability. After the U.S. Coinage Act of 1965, the silver content of half-dollars, quarters and dimes was reduced from 90% to 40% due to rising price of silver and hoarding by citizens who prized the valuable silver content of the older coins.

The new law signed by President Johnson in 1965 marked the end of true silver coinage in the United States. Later on other legislation in 1968 ended the redeemability of old “silver certificates” (paper Treasury notes) for silver bullion.

Thereafter, U.S. coinage consisted of base metals and paper money that was not convertible into silver; (gold convertibility had already ended in 1933). In 1986, the U.S. reintroduced silver coinage with a .999 pure silver one-ounce coin called the American Silver Eagle. However, this is not legal tender, although it does carry a “one dollar” face value. The silver eagle is a bullion coin prized by investors and collectors for its silver content. But it is not money.

Who in their right mind would pay a full ounce of silver for goods or services worth only a buck? In short, silver is as much a monetary metal as gold is and has just as good a pedigree when it comes to usage as a coin. Silver has supported the economies of empires, kingdoms, and nation-states throughout history.

It should come as no surprise that percentage increases and decreases in silver and gold prices denominated in dollars are closely correlated. Now that we are entering a new decade you should expect precious metals, especially silver, to play a much bigger role in the industrial sector in the manufacturing of new technology, energy, and gadgets.

Over the last few days, we have been hearing more and more about silver as a way to destroy the money manipulators by taking physical possession. This new found attention has started a trend that’s not going away any time soon. This week marks the most important time in history for ‘We the People’ to take our financial futures back into our own hands and it starts with one ounce of silver at a time.

As I have mentioned throughout this video the role silver has played throughout history makes it the most important generational asset a person can hold. The prior all-time high in 1980 and 2011 touched 50 dollars an ounce which use to seem like a lot for a simple piece of metal from the earth. However, we are now living in a world where trillions of dollars have been flooding the world and there’s no end in sight.

Silver has always been the Achilles heel of the bankers because it has always served as financial stability for the common people. You are now at a point where we should all count it a blessing to be able to buy and hold something that the Emperors and Kings of old considered treasure.

As the cliché goes, History Doesn’t Repeat Itself, but It Often Rhymes. Right now you have a chance to solidify your own treasure by getting your weight up in the most precious metal in human history. It has been great over the years encouraging people to get their weight up but as we are witnessing the world run towards silver we may be entering the last inning before the motto expires.

If you found it informative please take a minute to share it with a friend so they can understand the importance of getting silver while there’s still someone willing to sell it to them. 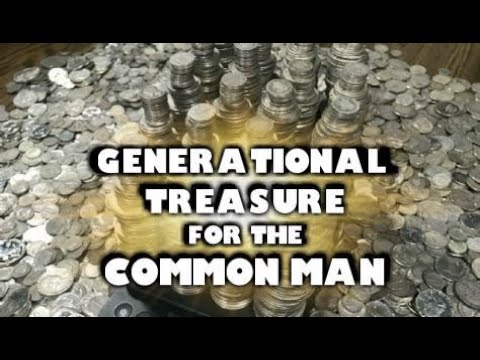