Should Investors Worry about Repo Market and Buy Gold? 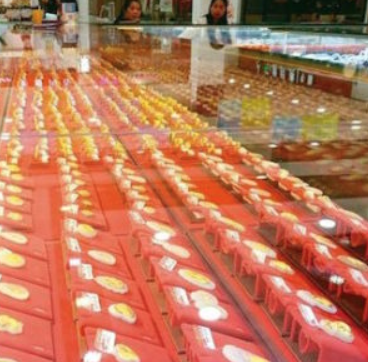 $500 billion. This is the sum the Fed has already pumped into the repo market since the crisis there started.

On September 17, 2019, the secured overnight funding rate – a broad measure of the cost of borrowing cash overnight collateralized by Treasury securities, based on the repurchase transactions – more than doubled, as the chart below shows, while the intraday range jumped to about 700 basis points! As a reminder, we are talking about the repo market, where interest rates usually fluctuate in an intraday range of 10, or at most 20 basis points.

But why we are writing about some obscure market at all? Well, a repo transaction is a short-term agreement to sell securities in order to buy them back at a slightly higher price. Or, effectively, it is a short-term (usually overnight) collateralized loan, in which the borrower sells a security (typically Treasuries) to the lender, with a commitment to buy it back later for the original price plus interest. So, the repo market is an important part of the financial market that redistributes liquidity between financial institutions, providing funds for those who need them. With daily turnover of about $1 trillion, the US repo market’s health is essential for the whole financial market to operate smoothly. Any disruption in this market could be fatal for other financial market segments and ultimately for the global economy. We are not exaggerating – the financial crisis of 2007-8 and the resulting Great Recession stemmed from a run on the repo market. Hence, the precious metals investors should be vitally interested in the ongoing repo crisis.

Given the importance of the repo market, it’s not surprising that the Fed intervened, injecting more reserves. What is surprising is that what was supposed to be one-off support, transformed into the steady purchases of Treasury bills at the pace of $60 billion per month. The Fed maintains that this is not quantitative easing, as the QE tries to control long-term interest rates, while repo market interventions focus on short-term interest rates. But, let’s be honest, the effect is the same: the US central bank purchases assets to flush banks with cash. Indeed, as one can see in the chart below, the Fed’s balance sheet is again rising!

The implementation of the non-QE4 might be also surprising for those who believe in the mainstream explanations of the September crash in the repo market. The pundits argued that the crisis was caused by the due date for US corporate taxes and a large settlement of US Treasury securities. However, a few months have passed and the tensions in the repo market have not disappeared. It means that none of these temporary factors can fully explain the crisis. According to the latest Bank of International Settlements’ Quarterly Review, there are structural problems in play:

US repo markets currently rely heavily on four banks as marginal lenders. As the composition of their liquid assets became more skewed towards US Treasuries, their ability to supply funding at short notice in repo markets was diminished. At the same time, increased demand for funding from leveraged financial institutions (e.g. hedge funds) via Treasury repos appears to have compounded the strains of the temporary factors. Finally, the stress may have been amplified in part by hysteresis effects brought about by a long period of abundant reserves, owing to the Federal Reserve’s large-scale asset purchases.

In plain English, banks don’t have enough reserves to keep markets liquid. Or, there is too little dollars chasing too many Treasuries. Courtesy of the President and the US Congress, there are simply too many government bonds issued to finance the mammoth fiscal deficit and not enough cash on the other side of the trade.

What does it all mean for the gold market? The repo crisis should be positive for the yellow metal.It shows that the US financial system is less solid than it was previously thought. So, it would imply a more dovish Fed and more risk-averse investors – both factors are fundamentally good for the gold prices, as the shiny metal is a safe-haven asset which also likes low real interest rates and easy monetary policy.

Of course, there is no mechanical link between the quantitative easing and gold. Actually, some of the rounds of QE were negative for the gold prices. However, this was because they have restored confidence among the market participants. But this time the situation is different as people worry why the heck the Fed was forced to start the non-QE and whether it will be able to exit the market without triggering serious consequences. Moreover, last year’s inversion of the yield curve and Trump’s unsound fiscal policy should add to the concerns and spur some safe-haven demand for goldamid the new QE which is – wink, wink – not the QE.