Sarah Sanders warns ‘Our very freedom is at stake’ 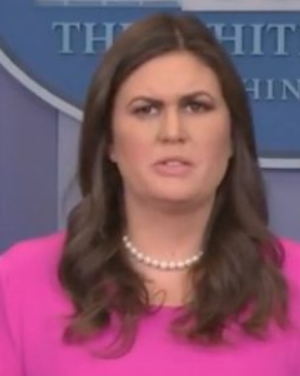 “I think he [Bernie Sanders] is looking like the presumptive Democrat nominee at this point. He’s certainly moving in that direction,” Sanders said on Fox News Saturday night following the Vermont senator’s decisive victory in the Nevada caucuses.

“And I think Republicans have to be extremely careful. We can take nothing for granted at this point. The stakes have literally never been higher,” she added.

The former Trump administration official warned that Sanders, a self-described democratic socialist, is a threat to what she says are the founding ideals of America.

“If crazy socialist Bernie Sanders is the Democrat nominee, as he is well on track to be, literally the way of life and our very freedom is at stake at the election in November, and Republicans have to come out in full force and make sure that they get Donald Trump reelected,” she said.

Sanders is considered the front-runner in the Democratic presidential primary after key wins in early-voting states such as New Hampshire and Nevada. He has promised to usher in a “revolution” that will guarantee healthcare to every American and raise taxes on the wealthy.

by Sean Walton for The Daily Sheeple