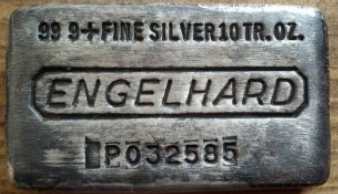 While silver has thus far lagged the gains of gold, a number of trends underlying the metal should pave the way for a new leg up very soon, according to McAlinden Research Partners.

Summary: Amid the precious metals rally that was set off by the rapid spread of coronavirus and uncertainty around the ability to contain it, gold prices had ratcheted up to a seven-year high. While silver lagged the gains of gold, a number of trends underlying the metal, including a rising gold/silver ratio, increased sales of gold by large silver miners, and steadily rising inflation, should pave the way for a new leg up very soon.

While other commodities have fallen in the wake of the COVID-19 (colloquially known as coronavirus) outbreak in China, precious metals have extended their strong 2020 performance until the big sell-off last week.

Gold spot prices broke above $1600 per ounce (oz) for the first time since 2013 and strengthened even further to break above $1680/oz last Monday. Commerzbank reported that inflows of gold into exchange-traded funds had risen for 21 consecutive business days through February 20. Not only are investors looking to hedge against the uncertain outcome of the coronavirus, but central bank demand remains healthy as their purchases are equivalent to approximately 20% of new gold production, according to Kitco. Silver, for its part, continued higher as well, reached its highest closing level since last September, climbing to $18.31/oz last Monday.

Large speculators sharply hiked their bullish positioning in gold futures by 22% in the week before the sell-off, according to data from the Commodity Futures Trading Commission. However, precious metals were caught up the volatility storm, causing money managers to trim some of those positions. Despite that trimming, BMO and Commerzbank noted that Gold ETFs tracked by Bloomberg still registered sizable inflows of “a good 9 [metric] tons.”

On a technical basis, more upside looks likely for precious metals. Kitco predicts that gold bulls’ next upside price objective is to produce a close in April futures above solid resistance at $1,700/oz, with support at $1,620.00/oz. A break above the $1700 level would mark the highest price for gold since December 2012.

Though silver has not yet surged as much as gold has, it is likely that silver will make an especially strong move upward soon.\

Silver miners have actually outperformed gold miners since last summer, they still trail gold miners over the long term, leaving more upside potential to still be tapped. Additionally, while the gold/silver ratio cratered down to 81 from a multi-decade high of 93 in the late summer on a period of relative outperformance for silver, the ratio has been on the rise again in the past few months, peaking out at just below 90 this month. This, combined with strong miner performance that typically leads the strength in spot prices, suggests that silver is still set to make another leg up to catch up with the strength in gold.

The performance of silver miners is becoming more and more dependent on gold than it had been in the past. The Global X Silver Miners ETF’s (SIL) 17 highest weighted miners averaged just 40.4% of their Q3’19 revenues from silver, according to The Bull.com.au. The majority of their sales came from gold, which carries much stronger cash flows, bolstering traditional silver miners. The more gold the major silver miners produce, the more they trade like gold stocks amplifying that metal’s trends.

BY THE AU REPORT