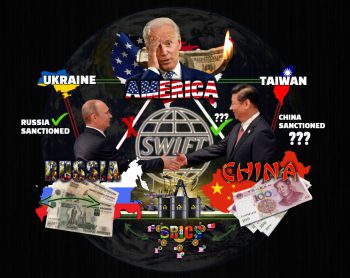 US Treasury Secretary Janet Yellen said the Biden administration would be prepared to use all its sanctions tools against China if Beijing moved aggressively toward Taiwan.

China is buying Russian oil and coal with its local currency as Western sanctions on Moscow spur trade deals that don’t rely on the US dollar.

In March, several Chinese firms used the yuan to purchase Russian coal, which will begin arriving this month and mark the first commodity shipments purchased in China’s currency since the war in Ukraine began.

Russia, hit by Western sanctions, has called on the BRICS group of emerging economies to extend the use of national currencies and integrate payment systems, the finance ministry said on Saturday.

On Friday, Finance Minister Anton Siluanov told a ministerial meeting with BRICS, which consists of Brazil, Russia, India, China, and South Africa, that the global economic situation had worsened substantially due to the sanctions, the ministry’s statement reported.

Find out more from the news articles mentioned here:

China is buying Russian energy with its own currency, marking the first commodities paid for in yuan since Western sanctions hit Moscow