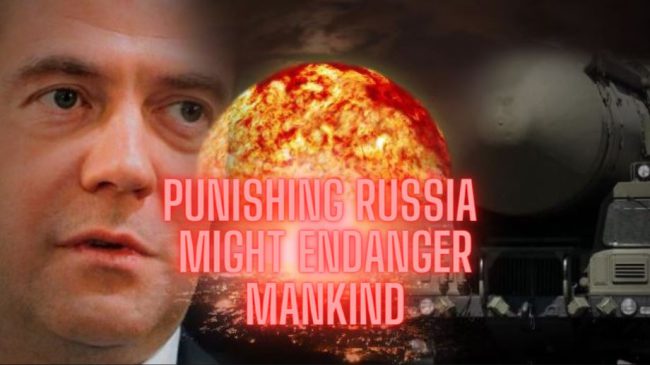 Former Russian President Dmitry Medvedev said that if the West tried to punish a nuclear power like Russia for the war in Ukraine, it could endanger all of humanity. He said this because the war has been going on for almost five months and has destroyed cities and made thousands of people homeless.

Since the Cuban Missile Crisis in 1962, when many people thought the world was on the verge of nuclear war, Russia’s invasion of Ukraine on February 24 has caused the worst crisis between Russia and the West since then.

US Vice President Joe Biden says that Russian President Vladimir Putin is a war criminal and that he is the reason why the West has armed Ukraine and put Russia under crippling sanctions.

“The idea of punishing a country that has one of the largest nuclear potentials is absurd. And potentially poses a threat to the existence of humanity, ” Medvedev, who is now the vice-chairman of the Russian Security Council, said on Telegram on Wednesday (6 July).

The Federation of American Scientists says that Russia and the United States control about 90 percent of the world’s nuclear warheads. Each country has about 4,000 nuclear warheads in its military stockpiles.

Medvedev said that the United States was an empire that had killed people all over the world. He used the killing of Native Americans, the US nuclear attacks on Japan, and many wars, from Vietnam to Afghanistan, as examples.

Medvedev said that using courts or tribunals to look into what Russia did in Ukraine would be useless and could cause a lot of damage around the world. The Ukrainian government and its allies in the West say that Russian forces have committed war crimes.

Putin called his invasion a “special military operation” and did it to demilitarize Ukraine, get rid of what he called dangerous nationalists, and protect Russian speakers there.

Ukraine and its allies say that Russia took over the land in an imperial way, which led to the biggest war in Europe since World War II.

After failing to take the Ukrainian capital, Kyiv, early on, Russia is now fighting a war of attrition for the Donbas region of Ukraine. Parts of this region are controlled by separatists who work for Russia.

When Ukrainian forces left Luhansk province on Sunday, Putin said it was his biggest victory yet. Then, Russian forces went on the attack to take the nearby Donetsk province. The Donbas is the cities of Donetsk and Luhansk.

Russia says it wants to take control of the heavily industrialized eastern region to help separatists in two self-proclaimed people’s republics who are backed by Moscow. 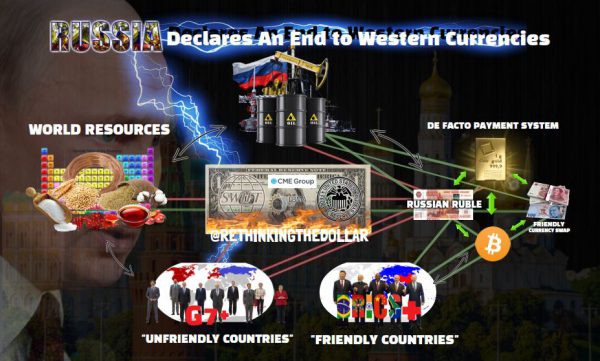 On Wednesday, the Ukrainian military said that it had stopped any major Russian advance into the north of Donetsk so far. However, heavy shelling of the city of Sloviansk and other cities and towns in the area is making the situation worse.

On Tuesday, July 5, Russian forces set their sights on their next goals in the eastern Donetsk province of Ukraine. This came after President Vladimir Putin declared victory in the nearby Luhansk province, and the five-month-long war moved into a new phase.

It said that Russian forces were using heavy weapons to attack several Ukrainian towns so that ground forces could move south into the area and get closer to Sloviansk.

“The enemy is trying to improve its tactical position…

(They) advanced … before being repulsed by our soldiers and retreating with losses,” the Ukrainian military said in its evening report.

It was said that other Russian forces were trying to take over two towns on the way to Kramatorsk, which is south of Sloviansk, and the main highway that connects Luhansk and Donetsk provinces.

It was said that other Russian forces were trying to take over two towns on the way to Kramatorsk, which is south of Sloviansk, and the main highway that connects Luhansk and Donetsk provinces.  We are holding back the enemy on the (Luhansk/Donetsk) border,” Serhiy Gaidai, governor of Luhansk, told Ukrainian TV. Later, he said that Russian forces had not yet taken over all of Luhansk and that Russia had suffered “colossal losses.”

“They will continue to try to advance on Sloviansk and Bakhmut. There is no doubt about that,” he said.

The city of Sloviansk has been shelled for the last two weeks, Mayor Vadym Lyakh said in a video briefing.

He said, “The situation is tense,” and he added that 17 people had died there since February 24.

Russia’s defense ministry says it doesn’t aim at civilians, and on Wednesday it said it was using high-precision weapons to take out military threats.

Ukraine has asked the West many times to send more weapons to stop the invasion, which has killed thousands of people, forced millions to leave their homes, and destroyed cities.

“At last, Western artillery has started to work powerfully, the weapons we are getting from our partners. And their accuracy is exactly what is needed,” said Ukrainian President Volodymyr Zelenskyy in his nightly video message.

On Wednesday, Ukrainian soldiers and a few civilians ran errands in green cars and vans in the city of Kramatorsk in Donetsk, which Russian forces are likely to try to take over in the next few weeks. A lot of the people have left.

“It’s almost deserted.”  Oleksandr, a 64-year-old retired metal worker, said, “It’s spooky.” Even though there were more missile attacks, he didn’t think he would follow the government’s advice to leave.

He said, “I’m not looking for death but if I encounter it’s better to be at home.”

Outside of the Donbas, Russia was “constantly” firing long-range shells at Kharkiv, Ukraine’s second-largest city, said the mayor of Kharkiv, Ihor Terekhov.

“Russia is trying to demoralize Kharkiv but it won’t get anywhere,” he said. Early in the war, Ukrainian defenders drove Russian tanks far away from Kharkiv, and Terekhov said that about 1 million people still lived there.

The governor of Dnipropetrovsk said that the area south of Kharkiv had been hit by missiles and shelling. On the southern coast, the port of Mykolaiv was also being heavily shelled, according to Oleksandr Senkevych, the mayor of that city.

He said, “There are no safe areas in Mykolaiv.” “I’m telling the people… that they need to leave.”