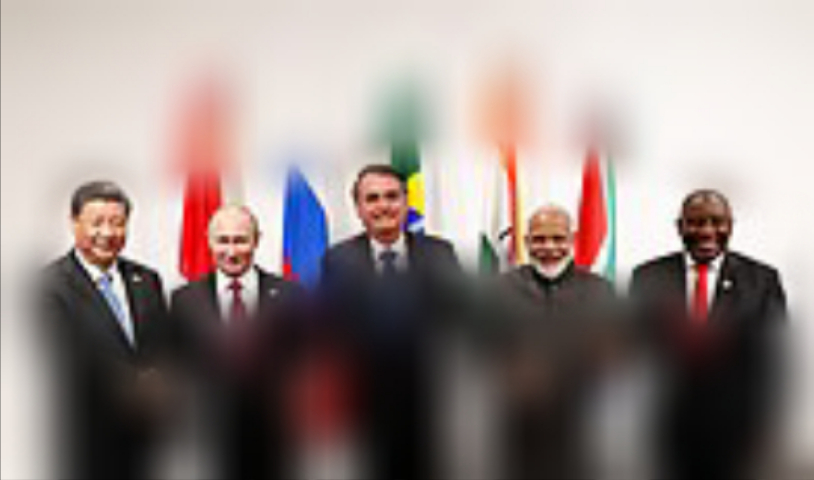 One of the most notable events in Russia’s precious metals market calendar is the annual “Russian Bullion Market” conference. Formerly known as the Russian Bullion Awards, this conference, now in its 10th year, took place this year on Friday 24 November in Moscow. Among the speakers lined up, the most notable inclusion was probably Sergey Shvetsov, First Deputy Chairman of Russia’s central bank, the Bank of Russia.

In his speech, Shvetsov provided an update on an important development involving the Russian central bank in the worldwide gold market, and gave further insight into the continued importance of physical gold to the long term economic and strategic interests of the Russian Federation.

Firstly, in his speech Shvetsov confirmed that the BRICS group of countries are now in discussions to establish their own gold trading system. As a reminder, the 5 BRICS countries comprise the Russian Federation, China, India, South Africa and Brazil.

Four of these nations are among the world’s major gold producers, namely, China, Russia, South Africa and Brazil. Furthermore, two of these nations are the world’s two largest importers and consumers of physical gold, namely, China and Russia. So what these economies have in common is that they all major players in the global physical gold market.

Shvetsov envisages the new gold trading system evolving via bilateral connections between the BRICS member countries, and as a first step Shvetsov reaffirmed that the Bank of Russia has now signed a Memorandum of Understanding with China (see below) on developing a joint trading system for gold, and that the first implementation steps in this project will begin in 2018.

Interestingly, the Bank of Russia first deputy chairman also discounted the traditional dominance of London and Switzerland in the gold market, saying that London and the Swiss trading operations are becoming less relevant in today’s world. He also alluded to new gold pricing benchmarks arising out of this BRICS gold trading cooperation.

BRICS cooperation in the gold market, especially between Russia and China, is not exactly a surprise, because it was first announced in April 2016 by Shvetsov himself when he was on a visit to China.

At the time Shvetsov, as reported by TASS in Russian, and translated here, said:

“We (the Central Bank of the Russian Federation and the People’s Bank of China) discussed gold trading. The BRICS countries (Brazil, Russia, India, China and South Africa) are major economies with large reserves of gold and an impressive volume of production and consumption of the precious metal. In China, gold is traded in Shanghai, and in Russia in Moscow. Our idea is to create a link between these cities so as to intensify gold trading between our markets.”

The Memorandum of Understanding on gold trading between the Bank of Russia and the People’s Bank of China that Shvetsov referred to was actually signed in September of this year when deputy governors of the two central banks jointly chaired an inter-country meeting on financial cooperation in the Russian city of Sochi, location of the 2014 Winter Olympics.Deputy Governors of the People’s Bank of China and Bank of Russia sign Memorandum on Gold Trading, Sochi, September 2017. Photo: Bank of Russia

At the Moscow bullion market conference last week, Shvetsov also explained that the Russian State’s continued accumulation of official gold reserves fulfills the goal of boosting the Russian Federation’s national security. Given this statement, there should really be no doubt that the Russian State views gold as both as an important monetary asset and as a strategic geopolitical asset which provides a source of wealth and monetary power to the Russian Federation independent of external financial markets and systems.

And in what could either be a complete coincidence, or a coordinated update from another branch of the Russian monetary authorities, Russian Finance Minister Anton Siluanov also appeared in public last weekend, this time on Sunday night on a discussion program on Russian TV channel “Russia 1”.

Siluanov’s discussion covered the Russian government budget and sanctions against the Russian Federation, but he also pronounced on what would happen in a situation where a foreign power attempted to seize Russian gold and foreign exchange reserves. According to Interfax, and translated here into English, Siluanov said that:

“If our gold and foreign currency reserves were ever seized, even if it was just an intention to do so, that would amount to financial terrorism. It would amount to a declaration of financial war between Russia and the party attempting to seize the assets.”

As to whether the Bank of Russia holds any of its gold abroad is debatable, because officially two-thirds of Russia’s gold is stored in a vault in Moscow, with the remaining one third stored in St Petersburg. But Silanov’s comment underlines the importance of the official gold reserves to the Russian State, and underscores why the Russian central bank is in the midst of one of the world’s largest gold accumulation exercises.

From 2000 until the middle of 2007, the Bank of Russia held around 400 tonnes of gold in its official reserves and these holdings were relatively constant. But beginning in the third quarter 2007, the bank’s gold policy shifted to one of aggressive accumulation. By early 2011, Russian gold reserves had reached over 800 tonnes, by the end of 2014 the central bank held over 1200 tonnes, and by the end of 2016 the Russians claimed to have more than 1600 tonnes of gold.

According to latest figures, during October 2017 the Bank of Russia added 21.8 tonnes to its official gold reserves, bringing its current total gold holdings to 1801 tonnes. For the year to date, the Russian Federation, through the Bank of Russia, has now announced additions of 186 tonnes of gold to its official reserves, which is close to its target of adding 200 tonnes of gold to the reserves this year.

With the Chinese central bank still officially claiming to hold 1842 tonnes of gold in its national gold reserves, its looks like the Bank of Russia, as soon as the first quarter 2018, will have the distinction of holding more gold than the Chinese. That is of course if the Chinese sit back and don’t announce any additions to their gold reserves themselves.The Bank of Russia now has 1801 tonnes of gold in its official reserves

A threat to the London Gold Market

The new gold pricing benchmarks that the Bank of Russia’s Shvetsov signalled may evolve as part of a BRICS gold trading system are particularly interesting. Given that the BRICS members are all either large producers or consumers of gold, or both, it would seem likely that the gold trading system itself will be one of trading physical gold. Therefore the gold pricing benchmarks from such a system would be based on physical gold transactions, which is a departure from how the international gold price is currently discovered.

However, ‘gold’ trading in London and on COMEX is really trading of very large quantities of synthetic derivatives on gold, which are completely detached from the physical gold market. In London, the derivative is fractionally-backed unallocated gold positions which are predominantly cash-settled, in New York the derivative is exchange-traded gold future contracts which are predominantly cash-settled and again are backed by very little real gold.

While the London and New York gold markets together trade virtually 24 hours, they interplay with the current status quo gold reference rate in the form of the LBMA Gold Price benchmark. This benchmark is derived twice daily during auctions held in London at 10:30 am and 3:00 pm between a handful of London-based bullion banks. These auctions are also for unallocated gold positions which are only fractionally-backed by real physical gold. Therefore, the de facto world-wide gold price benchmark generated by the LBMA Gold Price auctions has very little to do with physical gold trading.

It seems that slowly and surely, the major gold producing nations of Russia, China and other BRICS nations are becoming tired of the dominance of an international gold price which is determined in a synthetic trading environment which has very little to do with the physical gold market.

The Shanghai Gold Exchange’s Shanghai Gold Price Benchmark which was launched in April 2016 is already a move towards physical gold price discovery, and while it does not yet influence prices in the international market, it has the infrastructure in place to do so.

When the First Deputy Chairman of the Bank of Russia points to London and Switzerland as having less relevance, while spearheading a new BRICS cross-border gold trading system involving China and Russia and other “major economies with large reserves of gold and an impressive volume of production and consumption of the precious metal”, it becomes clear that moves are afoot by Russia, China and other nations to bring gold price discovery back to the realm of the physical gold markets. The icing on the cake in all this may be gold price benchmarks based on international physical gold trading.