Riots and Looting: A Bigger Story Than the Election Itself 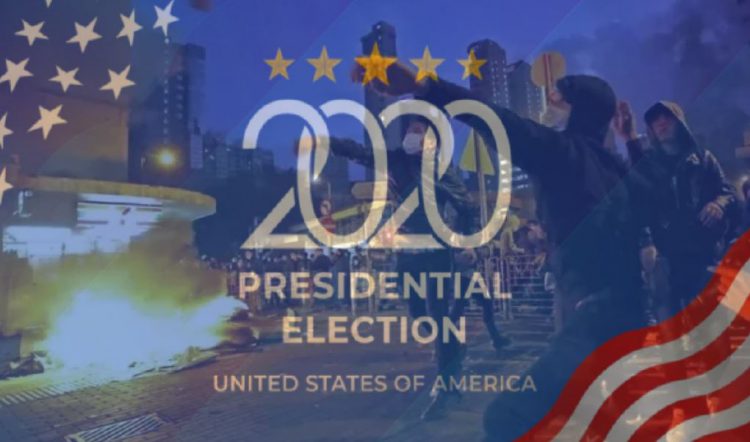 Today’s the big election we’ve been anticipating for months. It’s not an exaggeration to say that this is the most important presidential election since the 1860 election that put Abraham Lincoln in office, leading to the Civil War.

Those paying attention to the pre-election frenzy know the polls are all over the place. As recently as this past weekend, a New York Times poll showed Trump behind Biden by 6 points in Pennsylvania, while the Trafalgar Poll showed Trump ahead by 1 point in the same state.

Whom should you believe? You can start by asking yourself who got things right in 2016 and 2018.

The answer is that Trafalgar has proved highly accurate, even in difficult elections like 2016 ( Trafalgar also called Florida and numerous Senate races correctly in 2018). The New York Times was wrong in 2016 and 2018 and has an awful track record.

These two polls are conducted quite differently. In particular, Trafalgar goes to great lengths to assure respondents that their anonymity will be protected, which allows respondents to be more honest in their answers.

Trafalgar also uses fewer questions, which allows everyday Americans to participate, whereas the New York Times polls often take 40 minutes to complete, which limits participation to higher-educated geeks who tend to be more liberal in orientation.

All things considered, Trafalgar polling is far more accurate than its competitors. So, what is Trafalgar saying in their most recent polls?

Trump won all of those states in 2016 and needs them again to win in 2020. Biden has to flip one of them, perhaps two depending on what happens elsewhere in order to win.

Polls are snapshots, not movies, and they tell you where you’ve been, not necessarily where you’re going. That said, the trends favor a Trump reelection, and the pollster with the best record over the past five years has provided further evidence that Trump is the likely winner tomorrow.

But even as certain reliable polls show positive momentum for Donald Trump, there are pockets of society that see a Biden victory coming. One of those pro-Biden pockets is Wall Street.

Right now, Wall Street is betting on Biden in more ways than one. First, they put their money where their mouth is. Contributions to Biden’s campaign from employees at firms like Goldman Sachs and JPMorgan far exceed contributions to the Trump campaign. The big banks are like a private finance arm for Biden.

The second skew is that Wall Street is betting on a Biden victory by bidding up stocks that will benefit from Biden administration policies. These stocks include solar panel manufacturers, wind generator companies, and companies with profitable operations in China based on the view that Biden will pursue pro-China policies, including outsourcing and helping China to steal U.S. intellectual property.

If Wall Street is all-in for Biden both financially and in asset allocation, why is that good news for Trump? 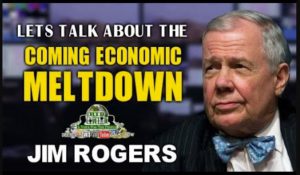 The answer is that Wall Street is almost always wrong about politics. Remember 2012, when hedge fund giants like Paul Singer were sure Mitt Romney would win? Remember 2016, when Goldman Sachs was sure Hillary Clinton would win?

And, when they base their stock picks on political outcomes that will never happen, those stock picks crash and burn just like their failed candidates.

Again, my forecast is that Trump will win. That means there’s still an opportunity to buy put options on solar panel companies and other Wall Street favorites that are likely to go down sharply once the votes are finally counted, and a Trump victory is declared.

Now, having said that, I’m not guaranteeing a Trump victory. My models project that Trump will win, but I’d be the first to admit that the uncertainty factor is high, and a Biden victory is certainly possible. Too many variables are involved this year to draw a decisive conclusion. I was more confident of a Trump win in 2016 than in this election.

The One Certainty: Riots and Looting

One thing that is certain is that riots and looting will break out in many American cities on election night and continue for days afterward, regardless of who wins or who’s ahead in the case of an uncertain outcome.

If Trump wins, the BLM and Antifa movements will riot to protest his victory. If Trump declares victory before all of the votes are counted, the rioters will claim that Trump is trying to steal the election.

If Biden appears to win, the riots will commence based on a narrative that Trump will refuse to vacate the office when his time is up, and he will have to be forcibly removed from the White House.

These narratives are nonsense.

If Trump wins, he should declare victory. If Biden wins, Trump will leave office on January 20, 2021, without any resistance. If mail-in ballots are not counted on Election Day (they won’t be) and if that affects the outcome (highly likely), then both sides will wait calmly while the votes are counted.

None of this matters to the rioters. They are organized, ready to go and don’t care what excuse they use to commence the burning and looting. Store owners, police chiefs and citizens in the line of fire can all see this coming.

The cities most vulnerable to organized violence are Portland, Seattle, New York, Washington DC, Philadelphia and Chicago, but many other cities could be drawn into the vortex.

Store owners in those cities have already been subjected to rioting and looting since last May, so they know what to expect. They are boarding up their windows, hiring armed security guards, reducing inventories and even closing for business entirely on November 4.

Universities are advising their students to stock up on water, canned food, paper products and other essentials in case they have to remain in their dorms for days on end. The potential victims of these riots are prepared. You should be too.

An Antifa Manual for Mayhem

There’s actually a 39-page manual for urban terrorists under the banner of Antifa on how to organize and conduct riots and looting. You can think of this as the playbook for what will happen beginning tomorrow night shortly after the election polls close and vote totals begin to be announced.

This terror manual offers many insights into the minds and tactics of Antifa leaders.

This manual says, “We want to be clear that this guide is a living document. As we gather more information, it will grow and change. We want to work with people and communities, so the more we find out, the more this document will grow.”

Antifa is highly decentralized. This does not mean that Antifa does not exist as an organization. It does. It means that the organization has no single leader and no uniform approach to violence.

Instead, it encourages local leadership and adaptation of tactics to local conditions. Rioters use scouts (often on bicycles) to look for police activity and also for areas where police are not present as soft spots for looting.

Antifa uses encrypted apps like Signal (similar to texting or WhatsApp, but with better encryption) to coordinate their actions. They also use walkie-talkies with pre-selected channels to give orders and surge their forces. Antifa is nothing if not flexible.

Riots May Be Bigger Story Than the Actual Election

When you see riots breakout tomorrow night, you should understand that these are not spontaneous outbursts, let alone peaceful protests. They are well-planned, tightly coordinated and highly adaptive revolutionary actions.

The area of 16th Street in Washington DC just north of Lafayette Park near the White House has already been designated as the gathering place for groups intent upon surrounding the White House, shutting down traffic in DC and conducting looting and arson. Similar launch pads exist in other major cities.

In too many cases, the mayors of the target cities are on the side of the rioters rather than the side of law and order.

We may find out on election night that the big story is not the election but the revolution that’s going on in the streets. Wall Street is definitely not ready for that.

You should get ready by reducing equity exposure, increasing cash allocations and above all taking whatever prudent measures may be needed to ensure your personal safety. Good luck out there. 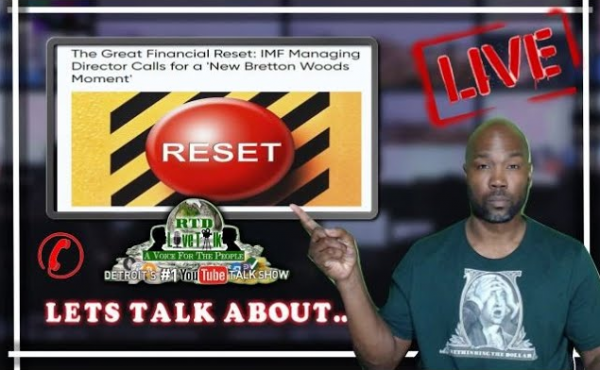