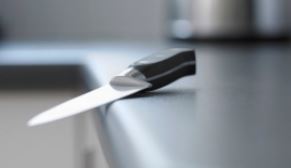 Herbert Stein, a prominent economist and adviser to presidents Richard Nixon and Gerald Ford, once remarked, “If something cannot go on forever, it will stop.”

The fact that his remark is obvious makes it no less profound. Simple denial or wishful thinking tends to dominate economic debate.

Stein’s remark is like a bucket of ice water in the face of those denying the reality of nonsustainability. Stein was testifying about international trade deficits when he made his statement, but it applies broadly.

Current global debt levels are simply not sustainable. Debt actually is sustainable if the debt is used for projects with positive returns and if the economy supporting the debt is growing faster than the debt itself.

But neither of those conditions applies today.

Debt is being incurred just to keep pace with existing requirements in the form of benefits, interest and discretionary spending.

It’s not being used for projects with long-term positive returns such as interstate highways, bridges and tunnels; 5G telecommunications; and improved educational outcomes (meaning improved student performance, not teacher pensions).

And developed economies are piling on debt faster than they are growing, so debt-to-GDP ratios are moving to levels where more debt stunts growth rather than helps.

It’s a catastrophic global debt crisis (worse than 2008) waiting to happen. What will trigger the crisis?

In a word — rates. Low interest rates facilitate unsustainable debt levels, at least in the short run. But with so much debt on the books, even modest rate increases will cause debt levels and deficits to explode as new borrowing is sought just to cover interest payments.

The world is on the knife edge of a debt crisis not seen since the 1930s. It won’t take much to trigger the crisis.

Meanwhile, the stock market is set up for a sharp decline in the days and weeks ahead. Here’s why…

Stock market behavior has become remarkably easy to predict lately. Stocks go up when the Fed cuts rates or indicates that rate cuts are coming. Stocks also go up when there’s good news on the trade war front, especially involving a “phase one” mini-deal with China.

Good news (rate cuts in July, September and October and good prospects on the trade wars) has outweighed bad news, so stocks have been trending higher. You don’t have to be a superstar analyst to figure this out.

The key is to understand that markets are driven by computerized trading, not humans. Computers are dumb and can really only make sense of a few factors at a time, like rates and trade.

Just scan the headlines (that’s what computers do), weigh the factors and make the call. It’s easy! What’s not so easy is understanding where markets go when these factors are no longer in play.

Stocks are in bubble territory, based on weak earnings, and have been propped up by expected good news on trade.

The other driver is FOMO — “fear of missing out” — that can turn to simple fear in a heartbeat. If the phase one trade deal and a successor to NAFTA (USMCA) are both approved by late December and the Fed pauses rate cuts indefinitely, which are both likely, what’s left to drive stock prices higher?

It won’t be earnings or GDP, which are both weak. Once the good news is fully priced in, there’s nothing left but bad news. And we’re at the point right now.

That leaves stocks vulnerable to a sharp decline around year-end or early 2020. Simple solutions for investors include cash, gold and Treasuries. Get ready.

Here’s another way to get ready for what 2020 has in store. I’d like to invite you to join myself, Robert Kiyosaki, Nomi Prins and other world-class experts as we discuss what you can expect for 2020.