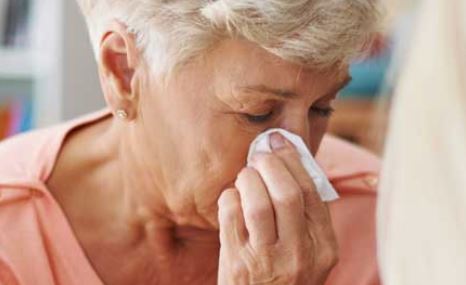 To understand the impossible situation in which most retirees find themselves, let’s begin with interest rates.

When governments raise or lower the cost of credit, they’re communicating with the rest of us. Higher interest rates send the message that “cash is more valuable, so save more and spend less.” Lower rates say the opposite: “Cash is cheap so borrow and spend.”

The resulting surge in borrowing has produced a series of ever-more-extreme booms and busts, with each bust requiring even lower interest rates to re-ignite growth.

Why does this hurt retirees? Because as a person approaches retirement age they naturally want to shift more of their nest eggs into fixed-income investments like bond funds and bank CDs. These instruments pay interest and carry relatively little risk, which makes them a safe way to generate income in retirement.

Most of today’s 70-year-olds were told back in their younger, high saving days, to expect an interest rate of 6% or so on their money. So they accumulated amounts that, when earning 6%, would produce enough to live on in retirement.

But a funny thing happened on the way to that perpetual income stream: Interest rates just kept falling as governments, even during economic expansions, needed artificially-low rates to stay solvent. So retirees who expected to live on fixed incomes found that that was impossible.

Not to worry, said governments and many financial advisors, just shift into assets like junk bonds and equities that are only slightly riskier but generate way higher returns, frequently 10% or more per year. Many retirees, seeing little alternative if they wanted to avoid going back to work, did as they were advised.

And now, of course, those “high return” assets are collapsing, sucking retiree nest eggs into a black hole from which they might never escape.

Meanwhile, about your pension…

Teachers, firefighters and other public sector workers depend on (frequently very generous) pensions for their main retirement income. But the managers of those funds face the same dilemma as individual savers: They have a return target that they have to meet in order to pay out the promised amounts, but as interest rates plunge the fixed income part of their portfolios isn’t doing its job. In response, most pension funds have loaded up on stocks and junk bonds. And — because they’re institutions with more flexibility than individual savers — they’ve also embraced “alternative” investments that promised even higher returns. From a February Institutional Investor article:

Pension funds remain committed to increasing their exposure to private equity, real estate, and other alternatives, according to a new report from Willis Towers Watson’s Thinking Ahead Institute.

“The asset allocation to real estate, private equity, and infrastructure in the 20-year period has moved from about 6 percent to almost 23 percent,” according to the report. “Alternatives have been attractive for return reasons, offsetting their governance difficulties.”

Assets of the 22 pensions funds studied in the report increased in 2019, from $40.6 trillion to $46.7 trillion. The average global asset allocation for the seven largest pension markets was 45 percent in equities, 29 percent in bonds, 23 percent in other asset classes, and 3 percent in cash.

When it comes to alternative investments, the Thinking Ahead Institute said pensions are getting more creative to better align interests between allocators and asset managers and to expand access. Many are doing more co-investments, for example, where they are putting up money alongside private market managers. Others are exploring innovative vehicle structures, such as interval funds, which offer investors periodic liquidity.

“There is an acknowledgment that there is a way to get better access to private markets ideas,” said Delaney. “Historically, it’s been a relationship business, with the best PE funds always being oversubscribed. Broader access to these double-digit returns is a good goal.”

(Reuters) – The market crash and the economic fallout from the coronavirus have led to nearly $1 trillion in investment losses for U.S. public pension funds, Moody’s Investors Service said on Tuesday.

The credit rating agency said the funds are generally facing an average investment loss of about 21% in the fiscal year that ends June 30, based on a March 20 snapshot of market indexes.

The severity of the spreading COVID-19, the disease caused by the virus, and government-ordered shutdowns in various U.S. states have weighed heavily on Wall Street, with the Dow Jones Industrial Average erasing over three years of gains in one month.

“Without a dramatic bounceback of investment markets, 2020 pension investment losses will mark a significant turning point where the downside exposure of some state and local governments’ credit quality to pension risk comes to fruition because of already heightened liabilities and lower capacity to defer costs,” Tom Aaron, a Moody’s vice president, said in a statement.

The big, horrifying takeaway here is in the pension fund allocation figures: 45% in equities, 29% in bonds and 23% in alternatives. Which means the relatively risky stuff — which is currently tanking — is nearly 60% of pension fund assets, while the fastest-growing category, alternatives, frequently contains the most illiquid assets. Imagine these pension funds trying to cash out of private equity deals or big pieces of real estate in this market. They may be able to escape, but only with big losses.

Many if not most pension funds are now unable to pay beneficiaries their full benefits. So today’s retirees — the people who worked hard, played by the rules, and took advice from the experts — lose coming and going. All so governments could keep borrowing.