“Remain Calm” Is The Market’s Story! No Need For Gold Or Silver! 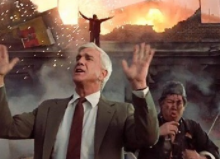 Great and Wonderful Monday Folks, with Gold trading at $1,583.90 down $4 and recovering after being knocked down to $1,577.70 which occurred only after Gold spiked at the open, reaching $1,598.50, that is before the calming down was applied.

Silver is, of course, leading the calming with its trade at $17.805 down 20.7 cents after hitting a low of $17.705 with the opening spiked high at $18.125. The US Dollar is all the rage this morning with its trade up 29.2 points at 97.505, close to the high at 97.550 with the low to beat at 97.230. Of course, all of this happened already before 5 am pst, the Comex open, the London close, the first day of England’s divorce from a very bad union, and the 49ers beating that took place after a rather pathetic Hollywood halftime show with the worst commercials ever.

Our emerging markets currency watch is producing mostly higher precious metal prices. In Venezuela Gold is trading at 15,819.20 Bolivar proving a gain of 3.99 over the weekend with Silver at 177.827 showing a loss of 0.20 of a Bolivar.

Today is the start of the February Deliveries for precious metals with the demand count for Silver at 121 fully paid for contracts (5,000 ounces each) waiting for receipts and with a Volume of 4 up on the board with a trading range between $17.80 and $17.785 with the last trade, of course, being the lower price giving the Resolute buyer an 18.7 cent discount from Friday’s early morning post. Silver’s Overall Open Interest remains elevated and gained another 228 more shorts to stay the price from Friday with a total count of 229,479 Overnighters, as we wait to find out what else was needed to calm things down at the Comex today.

February Gold Delivery Demands now stand at 4,979 fully paid for contracts (100 ounces each) waiting for receipts and with a Volume of 770 up on the board with its trading range between $1,593.30 and $1,573.50 with the last trade close to the low at $1,576.50, down $6.40. Gold’s Overall Open Interest now stands at 679,118 Overnighters, down sharply from last month’s life of contract paper high but still highly elevated as we wait for the last bars inside Comex to leave.

China is accusing the US of ‘inciting panic’ over the Coronavirus outbreak that happened in their country, apparently blaming everyone else for exposing how they treat their people, who are posting underground videos that go against the government sanctioned story, and at the same time, supplying more newly printed cash in an Emergency PBOC infusion in “remain calm” fashion.

Then its neighbor India, did the same, as it announced a $40 Billion Emergency Fiscal Injection as its economy plunges with the Indian government starting an investigation against China’s Wuhan Institute of Virology. Like we mentioned last week, the truth is somewhere in the middle and hopefully nowhere near the worst-case scenario.

The Shanghai Exchange did open after the delay and thankfully so too. The “Just In Time Supply System” that the entire planets population is now under, has not been challenged since it was introduced. That is until this virus got out and now, we are hearing two sides of the story and very far apart from each other. One from the leadership, the other from their population stuck in place and forced to live with what is available without the JIT supplies or ways of getting supplies into Wuhan. If it’s really that bad why not do airdrops?

“Remain Calm” is this morning’s start up story, with both the markets and media pointing the way. Also noted, the global printing never seems to stop. Timing is everything and with that, we’re all given more time to get supplied in case the lie is further from the communist government’s side and not the people forced to stay in place. Keep the attitude’s positive, have smile in place no matter what, and as always …