RED WARNING LIGHT: The World Is Rapidly Burning Through Its Conventional Oil Reserves 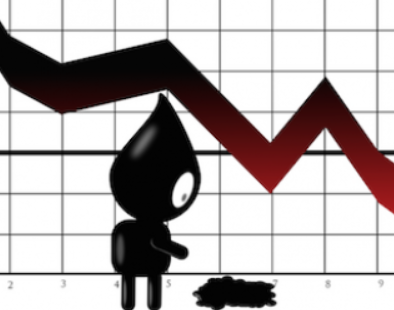 While Americans continue to enjoy the convenience provided by the just-in-time inventory supply-chain Leech and Spend Suburban Economy, the rate we are consuming the high-quality conventional oil reserves should scare the hell out of people.  But, it doesn’t.  Why?  Because, virtually no one sees it or has a clue.  Unfortunately, 99.5+% of Americans believe in “Energy Magic” or the Energy Tooth Fairy.

Due to the complex layers of technology and our vast supply chain system, Americans totally dismiss energy altogether except when they have to pay a BILL FOR IT. Americans are only concerned about the cost or the energy bill they have to pay.  Never is the sustainable supply or quality of energy considered on the internet, the press, or on TV.

So, the blind continue to lead the blind.

However, the amount of conventional oil reserves that we are burning through is quite alarming.  According to data from Rystad Energy, the EIA – Energy Information Agency, and info from Labyrinth Consulting Services, the following chart shows how much conventional oil the world discovers each year versus total consumption (production):

By looking at the first chart again, the percentages shown represent how much more conventional oil was consumed that year compared to the discoveries:

While conventional oil discoveries in 2019 of 4.7 billion barrels were a bit higher than the 4.2 billion barrels found in 2016, the long-term trend has been a DISASTER.  This next chart puts it all into proper perspective:

During the 1970s, the world was finding approximately 50 billion barrels of conventional oil a year.  From 2013 to 2019, the annual average was 6 billion per year, or nine times less. We can see that since the 1990’s the world has been consuming more conventional oil than it discovered.  And these last seven years make matters even worse.

For every barrel of conventional oil discovered over the past seven years, the world burned four barrels:

This chart should scare the hell out of anyone who can CONNECT-the-DOTS in regards to our just-in-time inventory supply chain Leech and Spend Suburban Economy.  Due to conventional oil production peaking and remaining flat for the past decade, in order to allow the global economy to continue growing, the world brought on much more expensive, lower quality, lower EROI, unconventional oil sources such as Oil Sands, Shale Oil, and Ultra-Deep Water.

While this unconventional oil supply has allowed the global economy to grow, it has done so with one CATCH.  The world needed to increase the debt at a higher pace to offset these lower EROI oil supplies.  With U.S. Shale oil production accounting for 75% of global oil production growth since the 2008 financial crisis, the United States was responsible for 75% of Global GDP growth over the same period.  Please understand, it wasn’t the United States that enjoyed the majority of GDP growth, but due to the fungibility of oil, other countries could use a portion of this oil supply to increase their GDP.

I posted this chart in a previous article, but it is important to publish it here again. The world should be very worried that 75% of the global oil production growth that came from U.S. Shale oil is declining at 10 times the rate of the worlds mature oil fields:

Again, the world is depending on the majority of its oil production growth from a source that is VAPORIZING nearly 50% per year. How long is this possible???  The top four U.S. Shale Oil Fields added nearly 10,000 wells in 2018, and the overall production is down 45% as of October 2019.  It will likely be close to 50% when the data is released for December 2019.

Unfortunately, when we head over the ENERGY CLIFF, the world will be in for one hell of a RUDE AWAKENING