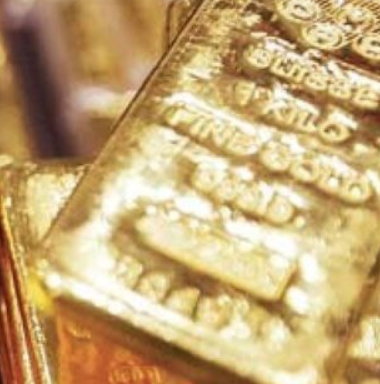 Gold used to be important.

During and after World War II, every major developed country amassed as much physical gold as they could. It stabilized currencies and signaled independence.

But with the end of the gold standard in 1971, most countries began to sell off their reserves.

So much so that in 1999, an agreement was formed to limit the amount of gold that central banks could sell. Fast forward to today, and Canada’s central bank owns ZERO gold.

Despite the agreement, most countries continued to shed their gold reserves as fast as possible.

That is until a few years ago, when a handful of countries reversed course. Central Banks started buying gold with fury, and they haven’t let up since.

In the final quarter of 2018, central banks purchased more gold than in any other quarter on record.

By the end of the year, central banks collectively held around 1.064 billion ounces of gold (equivalent to 33,200 tons).

That’s about one-fifth of all the gold ever mined.

In the first half of 2019, central banks purchased 11.97 million ounces of gold (374 tons). Once again, that was far more than ever before. And it’s equivalent to one-sixth of total gold demand in that period.

And total central bank gold purchases for 2019 were the second highest they’ve been in the last 50 years (2018 being the first).

And the Keyser Söze of gold is Vladimir Putin.

I’ve been very quiet about Russia and Putin the last few years as I’ve been swamped with media requests following the success of my NY Times Bestseller The Colder War.

Don’t underestimate what the Russians are doing, as others are starting to follow…

While the world focuses on China, Russia has positioned itself at the center of the global political chessboard.

These are places you’d never expect.

Putin is undertaking what’s called a “de-dollarization.” Aware of sanctions from the United States, Russia is positioning itself to not be dependent on U.S. Dollar holdings.

So, the central bank in Russia has sold nearly all of their U.S. Treasury notes. And it’s used the proceeds to buy gold.

Like I said, the Keyser Söze of gold is Vladimir Putin.

Pay attention to the world’s master strategist. This is very bullish for gold.

by Marin Katusa for International Man