Prins: The Fed Is On High Alert 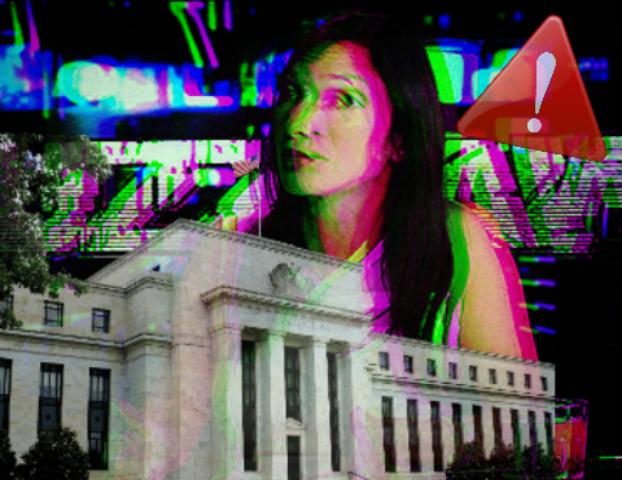 It’s hard to believe the end of the year is upon us and 2020 is right around the corner.

In many ways, it went by very quickly. For economies and markets, it was a year marked by uncertainty over economic slowdowns, trade wars and a complete pivot in “dark money” policy initiated by the Federal Reserve and subsequently followed by other central banks around the world.

Notably this year, it wasn’t just the major nations that engaged in copycat monetary policy easing. It was a plethora of emerging-market central banks jumping on the same dark money bandwagon.

So as we head into the final FOMC meeting of the year next week, we know one thing for certain: The Fed won’t be cutting rates this time. And it’s recently used some fairly hawkish language.

But reinforcing the dovish outlook it adopted at the start of the year that precipitated three 2019 rate cuts, the Fed remains on high-alert mode.

There are two clear signs why…

First, the Fed keeps creating and dumping money into the front end of the U.S. yield curve through repo operations that it initiated in September.

How healthy is the banking sector overall?

The Board of Governors of the Federal Reserve System recently published their annual Supervision and Regulation Report.

The report measures the financial condition of major U.S. banks, including loan growth and liquidity in the banking system.

Overall, 45% of U.S. banks with more than $100 billion in assets received a supervisory rating of “less than satisfactory.”

That’s not good. As we learned during that crisis, the stability of these large banks is essential to the health of our banking system.

Tellingly, the Federal Reserve report does not say which banks have these less-than-satisfactory ratings.

This should not sit well with hardworking Americans who bailed out many banks during the last crisis in 2008.

When bank lobbyists keep pushing for more deregulation, remember what happened a decade ago with bank bailouts and a market crash.

I would argue that we need more regulation, not less, if banks continue to receive less than a “C” grade on their report cards.

The second indication the Fed is in high-alert mode is because of its language. It continues to note possible risks coming from more economic slowdowns and further strains due to trade wars.

Just this week, President Trump re-slapped steel and aluminum tariffs on Brazil and Argentina, accusing them of devaluing their currencies and thereby hurting U.S. farmers. Though that segue might seem complex and Brazil is supposed to be a friend of the U.S., the takeaway is simple.

The White House reserves the right and the practice of trade war tactics, which will continue to insert uncertainty and thereby hamper investment and economic planning around the world. Not to mention lower overall trade and benefits of the global supply chain.

Last year, when the Fed raised rates in December, the markets greeted the move with disdain. This caused the Fed to do a quick about-face in January.

We could see a similar story unfold next year. If we get a terrible December like we did in 2018 or at the end of 2015, the Fed might be more likely to consider cutting rates in the spring.

Meanwhile, other countries are continuing to cut their rates or otherwise finding ways to inject liquidity into their local markets. This remains particularly true of developing countries.

Authored by Nomi Prins via The Daily Reckoning