Presently In A Staggering Bail-Out Of The Banking System 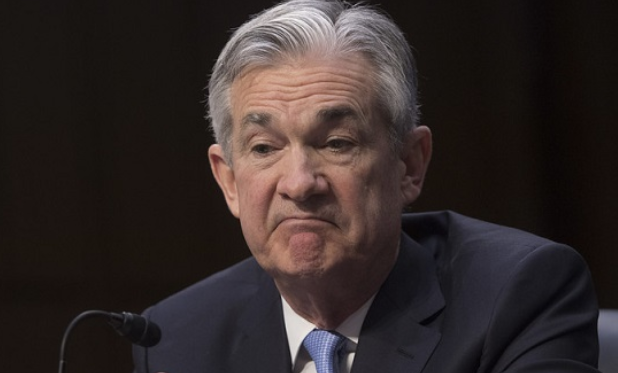 “Journalism is about covering important stories,” said one scalawag. “With a pillow.”

A staggering bailout of the banking system presently proceeds apace.

The mainstream financial press has seized a bed pillow, placed it over this important story… and pressed down murderously.

Today we pry away the pillow… and vent in desperately needed oxygen.

Here we refer to the Federal Reserve’s ongoing support of the “repo” market.

Precisely how large is this bailout? Might it exceed the entire Wall Street bailout of 2007–10?

What Is the Repo Market Again?

Here again is a brief sketch of the repo market:

This short-term borrowing and lending activity takes the form of “repos”… or repurchase agreements.

If a firm wishes to borrow monies, it goes before the “repo” market with an open hat.

It holds up high-grade securities such as Treasury bonds as collateral.

Another financial institution accepts the collateral. It then agrees to loan the overnight money.

The next day the borrower “repurchases” the collateral it originally put up… and returns the borrowed money (with some slight interest into the bargain).

The repo market oils the gears of the financial system. Should the lubricant run dry, this system would suddenly and violently seize.

Yet the repo market goes nearly entirely unnoticed. It quietly and routinely hums beneath the thundering din of the stock market.

Explains one Alexander Saeedy in Fortune:

One of the most vital pieces of plumbing that powers the global financial system usually runs so smoothly that it gets overlooked by market watchers. It’s the “repo market”…

“The repo market is at the center of the U.S. financial system but it is little understood even by most people working in finance,” adds another observer, John Carney by name.

How Can It Be Coincidence?

The stock market has gone on a gorgeous spree since the second week of October.

The primary media lavishes credit upon a trade war truce. Some lovely economic data, recently rolled in, have livened the pace.

Yet we are deeply suspicious of the account. Come pull up to the facts…

Come next to this capital fact:

And mirabile dictu… the stock market was immediately up and away.

In brief, the stock market rampaged only after the Federal Reserve commenced “QE lite.” Or as some wags have labeled it, QE4.

In all… the Federal Reserve has expanded its balance sheet $400 billion these past four months — a $1.2 trillion annualized rate.

The Federal Reserve shrieks in protest, denying it is QE of any sort, shape, form.

But the balance sheet argues it is.

An Ocean of Liquidity

The grand scale of the operation flabbergasts, staggers, astounds.

Put it against recent history, for example. Look first to 1999…

The Fed laid in $120 billion to support the repo market before “Y2K” — to prepare for the worst.

It likewise backstopped this market after Sept. 11, 2001… and during the Great Financial Crisis.

But these operations are minnows besides today’s whale.

The Federal Reserve is currently carrying on at such a gait… it shames all previous examples. Behold:

Will today’s repo bailout exceed even the supercolossal Wall Street bailout of the Great Financial Crisis?

A $29 Trillion Bailout
Wall Street on Parade sets the backdrop:

During the 2007–2010 financial collapse on Wall Street — the worst financial crisis since the Great Depression — the Fed funneled a total of $29 trillion in cumulative loans to Wall Street banks, their trading houses and their foreign derivative counterparties between December 2007 and July 21, 2010.

What did these minutes reveal? Wall Street on Parade:

The Fed’s minutes… acknowledge that its most recent actions have tallied up to “roughly $215 billion per day” flowing to trading houses on Wall Street. There were 29 business days between the last Federal Open Market Committee (FOMC) meeting and the latest Fed minutes, meaning that approximately $6.23 trillion in cumulative loans to Wall Street’s trading houses had been made in that short span of time.

For emphasis: The Federal Reserve has extended $6.23 trillion of loans in 29 days. That is equal to $215 billion per day.

If the business goes on at the present rate… the repo bailout will exceed $29 trillion by June.

That is, it will exceed the scale of the 2007–10 Wall Street bailout by June — if you can believe it.

The Deafening Silence
Will it go along at existing rates? Perhaps not. But the Federal Reserve will hold up the repo market through April — by its own admission.

We bet high it will extend beyond April. Beyond June. Beyond August. Beyond October.

Come the end, whenever it is…

We conclude the present operation will ultimately outsize even the great bailouts of the financial crisis.

Yet in the primary press… all is silence.

One question nonetheless hovers in the air: What happens when the Federal Reserve eventually yanks the crutches — and the market is left to stand alone?

A Parallel Example
As noted, the Federal Reserve was bracing the repo market in event the world’s computers lost track of time.

How did the stock market initially take it?

The Nasdaq went on a tear rarely seen in American finance, starting literally the day the Fed opened its Y2K lending facility.

In reminder, the major averages began going amok in October — precisely when the Federal Reserve announced it would begin monthly Treasury bill purchases:

The Fed announced it would start buying T-bills on Oct. 11, 2019. Stocks have gone [on] a tear since… 9% of the stock market’s gains [this year] came after Oct. 11, when the Fed announced its T-bill purchase problem. So a big part of this year’s nearly 30% stock market gain has come on the heels of Fed moves, much like last year’s 20% decline was coincident with the Fed’s hawkish rhetoric.

Return now to 2000. That April the Federal Reserve announced a halt to the business… and walked away.

Did the Nasdaq stand up, Mr. Bianco?

That is our example, nearly a perfect parallel to today. We expect a similar trouncing when the Federal Reserve withdraws present support.

And recall — today’s operation vastly outdoes 1999’s. It may therefore come down with a correspondingly greater thud.

He can let it go now, and allow the thing to maul the repo market. It would likely proceed against the stock market next.

Or Mr. Powell can hold on until the repo market can stand up alone.

But the stock market bubble may inflate to dimensions truly obscene if he does hold on.

And how could he let go then?